Wedded the way we want

These days it’s a marriage of two people, not two families, and the couple would like to do things their way. 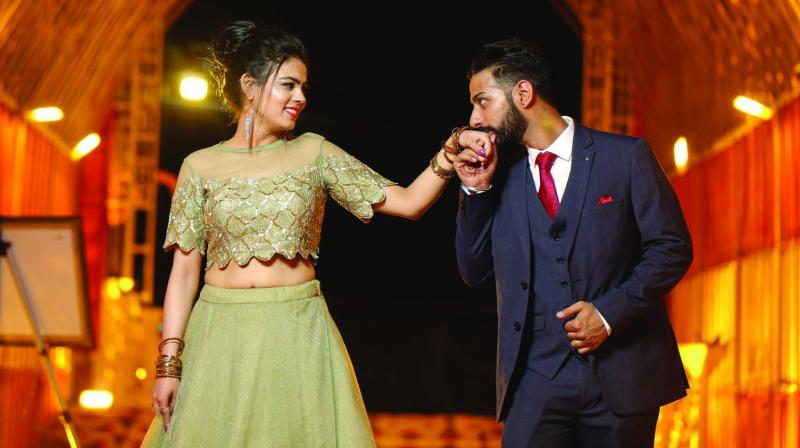 It is then a sign of the times that parents may find themselves guests in a marriage arranged by their offspring.

As wedding trends in India are evolving, gen-next and millennials increasingly want to do things their way. Gone are the days, in many cases, when parents ‘decided’ on all the rituals and design of the wedding. The decision of how to play things rests mostly with the couple and, sometimes, especially in Western countries, the couple ‘invite’ their parents. While times are changing, and there are many variations to the rule, India is no alien to the development.

In Switzerland recently, a couple hailing from different backgrounds and religions wanted to have a wedding without any religious overtones. They wished to go for a totally secular affair, while the Hindu parents of the girl were very keen to honour some rituals that they hold dear in these faraway lands. The young lady argued, “Father, divorces are happening all the time! Does a pundit come by? Do we conduct rituals to end the marriage?”

Obviously, this is the new age we are living in, with partners having babies and becoming single parents. Marriages are now more of a social thing. It's the age of change! You don't want to be the change, then it is your choice and freedom to follow rituals. However, in the same way, young adults of thirty-odd years who are mature and economically self-reliant, are clear that they wish to make their own decisions.

The father related this conversation to me in despair. He lamented that his daughter has rejected all the rituals, mantras, mangal sutra and every tradition that he has sanctified and is sentimental about. He lived in the dream to marry his daughter in style and have a grand reunion of all his relatives. Alas, he is faced with the reality that she doesn’t want the holy cow of tradition to enter what she calls a social matter!

It is a realisation for him as well as to me, and I tried to explain to him that this a new age of radical changes since “your time”, you are welcome to be attached to rituals and a wedding involving your gods and goddesses, but you have to allow for individual opinions, if you don’t wish to alienate your kids. You have to allow for new age decisions.

The father is in despair. A highly educated gentleman who gave his daughter a broad modern education and encouraged her to be a thinking person, is now questioning her freedom of expression and distinctive viewpoint which is divergent from his upbringing and value systems.

“I encouraged her to mix freely, untrammeled by orthodox taboos. And, yet, I feel somewhere that all of that has rebounded big time upon me? In fact, I cannot believe how it all has misfired. I am scared of my daughter, of broaching this conversation even.”

It is then a sign of the times that parents may find themselves guests in a marriage arranged by their offspring. It is also not something to feel despair about. If youngsters are encouraged to take their own decisions and make plans for their lives, it may not be a bad thing. It is the 'new way' and perhaps less of a liability , if you see it as the half-full glass?