Amidst the pandemic, the public figures of the country urge their fans and followers to put an end to domestic violence 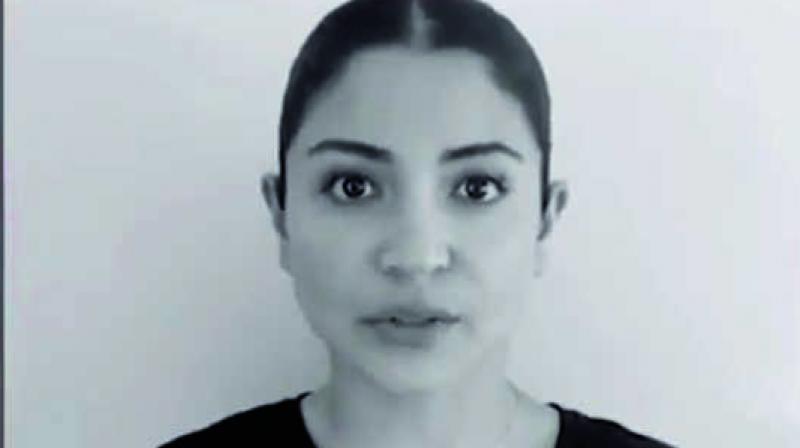 On Sunday, a host of Bollywood stars and public figures took to their social media accounts to share an important message related to the lockdown.

These celebrities have often used public forums to urge their fans and followers to observe social distancing; however this time, their concern was the rise in the number of domestic violence cases in the country.

Since the onset of the nationwide lockdown, the vulnerable section of women have been put under confinement with their abusive partners, putting them on a high risk of facing violence.

In fact, the National Commission for Women record shows up to 257 cases in the first week of April, which have aggrieved the women’s activists in the country.

One such women’s organisation Akshara Centre, the brains behind the campaign, has come up with priority measures to help domestic violence survivors while abiding the overall anti-COVID-19 strategy of lockdown.

By lending their voice to the cause, the celebrities along with the organisation have created awareness for people to just not be bystanders but to report and help women seek help from what will soon become a ‘shadow pandemic’.

Dr Nandita Shah, the co-founder of Akshara Centre, reveals, “It became critical for us to intervene because if women are so brutally beaten up then it will be very difficult for them to function, and they will have to function. That’s when we decided that we will take up this campaign, and we reached out to Rahul Bose and other celebrities.” Adding further, she says,

“The cause was not something that we had to convince them on. I think it’s really fantastic when people of their stature come out and say something.”

According to actor Rahul Bose, women requiring help need to know that their voices are not unheard. “From my first-hand experiences from the 2004 Tsunami to the times of this present Covid19 crisis, it is a devastating fact that calamities, natural or manmade, hit women the hardest.

In their home state of Maharashtra, the organisation had the government redirect the calls on the helpline number 100 to district levels where their network of protection officers from their resource directory can help these women more effectively.

“The idea is that the number 100 will be linked up with all the service providers mentioned in the Protection of Women from Domestic Violence Act, and our network of government employees women and development cells that are run in collaboration with TISS. All their mobile numbers have been collected, and we have the entire network available. They can be connected to the right person and counselling can be done,” reveals Nandita.