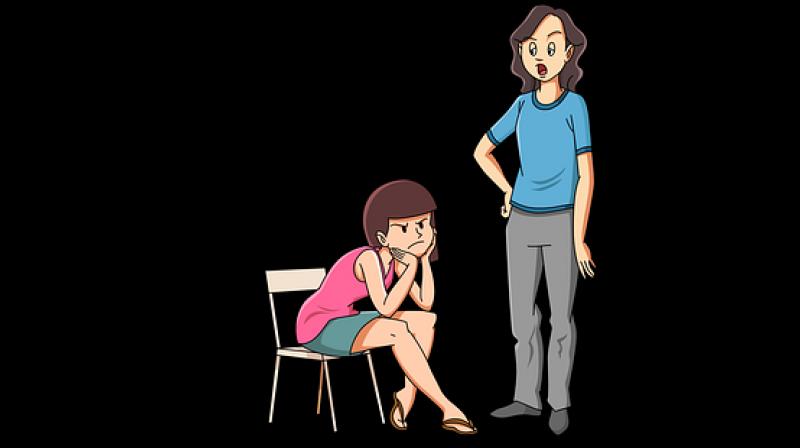 Washington: Researchers claims that teenagers are less responsive and cooperative with mothers who have a controlling tone of voice. The experimental study involving over 1000 adolescents aged 14-15 is the first to examine how subjects respond to the tone of voice when receiving instructions from their mothers, even when the specific words that are used are exactly the same.

"If parents want conversations with their teens to have the most benefit, it's important to remember to use supportive tones of voice. It's easy for parents to forget, especially if they are feeling stressed, tired, or pressured themselves," said the lead author of the study Dr Netta Weinstein, from Cardiff University.

The study showed that subjects were much more likely to engage with instructions that conveyed a sense of encouragement and support for self-expression and choice. The results, whilst of obvious interest to parents, could also be of relevance to school teachers whose use of more motivational language could impact the learning and well-being of students in their classrooms.

"Adolescents likely feel more cared about and happier, and as a result, they try harder at school, when parents and teachers speak in supportive rather than pressuring tones of voice," Dr Weinstein continued.

The new study, published in the journal, Developmental Psychology, involved 486 males and 514 females, aged 14-15. In the experiment, each of the subjects was randomly assigned to groups that would hear identical messages delivered by mothers of adolescents in either a controlling, autonomy-supportive, or neutral tone of voice.

Expressions of control impose pressure and attempt to coerce or push listeners to action. In contrast, those that express 'autonomy support' conveys a sense of encouragement and support for listeners' sense of choice and opportunity for self-expression. Each of the mothers delivered 30 sentences that centred on school work, and included instructions such as: "It's time now to go to school," "you will read this book tonight," and "you will do well on this assignment."

After the delivery of the messages, each student undertook a survey and answered questions about how they would feel if their own mother had spoken to them in that particular way. The findings showed that the tone of voice used by mothers can impact significantly on teenagers' emotional, relational, and behavioural intention responses.

Across most outcomes, adolescents who listened to mothers making motivational statements in a controlling tone of voice responded in undesirable ways. In contrast, autonomy-supportive tones elicited positive reactions from listeners as compared to listening to mothers who used a neutral tone of voice to deliver their motivational sentences.

"These results nicely illustrate how powerful our voice is and that choosing the right tone to communicate is crucial in all of our conversations," added co-author of the study Professor Silke Paulmann, of the University of Essex.