The feat was achieved by Kerim Ahmetspahic from Bosnia. 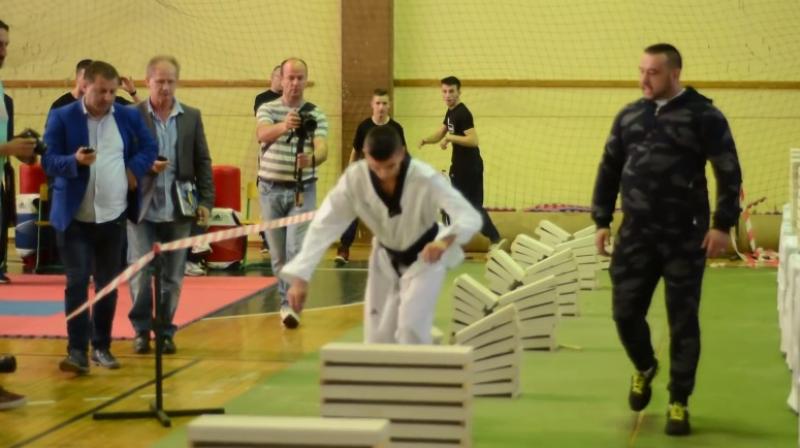 People across the world have been trying to achieve the weirdest world records, including hugging most people in a minute, dipping a biscuit in tea while bungie jumping and even growing fingernails.

But the latest feat by a 16-year-old Taekwondo champion has left everyone stunned as he shattered 111 slabs with his head in record time. He broke the slabs in 35 seconds and set a new Guinness World Record.

The video has been doing the round on the internet and astonishing people as Bosnian Kerim Ahmetspahic appears unaffected by the grueling effort.