Men often end up ignoring women, as they don’t know what to say; But it has more to do with a lack of etiquette than presence of misogyny. 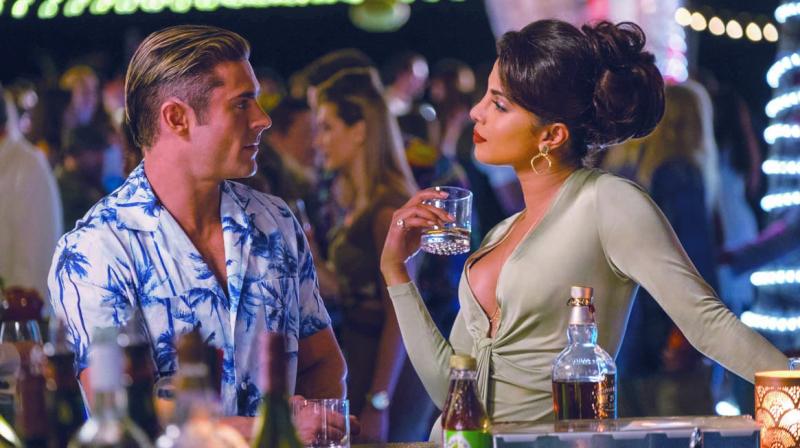 A still from the show Baywatch

We live in the worst of times and yet, somehow, they are also the best of times. Worst for reasons more than I can fit into this space — pollution and politics (which is another type of pollution really) are barely the tip of the iceberg. Gun violence, communal hatred, from class divisions to terrorist factions and unions, it is a privilege to make it alive through any given day. But then these are also the best of times: same-sex weddings are being recognised, marijuana is almost close to being legalised in many places and the millenniums of atrocities committed against women are being brought up and put under scanner and justice is being sought. It’s not an easy path, balancing and manoeuvring all this, but at least it’s a start.

I for one, thought I would do my part by highlighting one very oddly sexist aspect that exists in the hospitality industry. Maybe by writing about it here, I am guessing, it would find redressal. Or maybe, if it is only a figment of my imagination then someone amongst you will write back and put it to rest. It’s quite a possibility given how many have unknowingly, and  inadvertently, taken the #metoo movement a bit too far, thereby almost diluting it.

The issue I am talking about is the one where men in the hospitality industry unrealisingly ignore women. I don’t mean ignore like walk past them in the lobby but they  either (A) disregard their opinion or inputs or (B) look almost through them as if they don't exist or if they do, then it is only as an extension of their male self.

If only I had a penny for every time we found ourselves in an awkward situation where the lady is assumed to be no more than a “Mrs” and a surname-carrier for the gentleman she accompanies. Often it happens that I am the plus one for events, merely tagging along as a designated and glorified driver for the lady, and yet, when we get there, the hosts, especially if they happen to be men, choose to speak only to me, almost discounting the lady’s presence.

I know there are unspoken taboos surrounding speaking to women who we do not know personally but surely it doesn’t apply in a work situation!

Even if one were to meet a chap they know very well, one should save the secret handshakes, winks and accompanying remarks and keep it all dinner-table civil. Also, if you happen to meet a lady (that you have met and known through a male  acquaintance), do not start by merely inquiring about the said chap. Instead, start by inquiring about her, asking if she is comfortable and then maybe talk about why her plus one isn’t there that day.

And, when at a bar, do not ever assume that the lady ordered the fancy cocktail while the pint is for the bloke; I have been embarrassed many times on this account and not in the least by my love for colourful drinks.

I don’t think this behaviour on our part stems from misogyny but from lack of etiquette. In a way, that is easier to tackle. So folks, let’s remind ourselves of the right way to conduct ourselves, next time we are in the company of the fairer sex. And in case you run into my lady, remember to not start by asking her, “Where’s Magan?”!