Despite no rule in society against it, single mums seeking sexual companionship is frowned upon 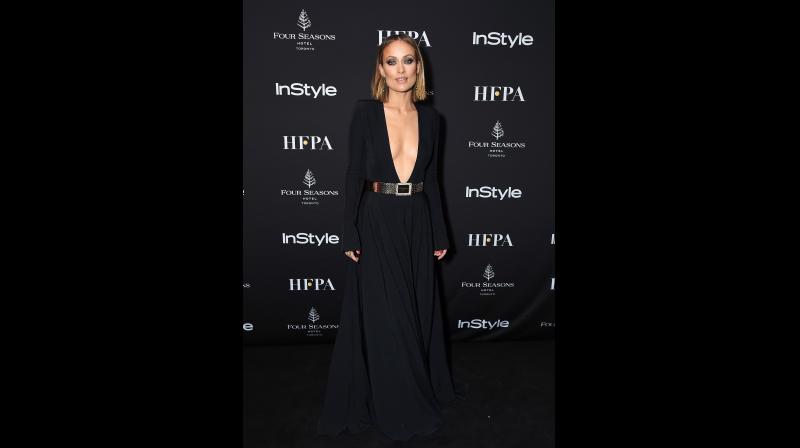 When actor and director Olivia Wilde, best known for her role in the TV series House, was snapped holding hands with singer Harry Styles, who is 10 years her junior, one fan tweeted, “If she has kids at home, but is out running around with a dude a decade younger during a pandemic, she belongs to the streets (sic).”
Such vitriol against the mother, who found a date during the pandemic! Another user on the microblogging site wrote, “should be taking care of her two kids instead of dating one (sic)”.

Apparently, women are all on notice — if you give birth to a child and are single, you must say goodbye to your physical needs. What’s worse, the keep-it-in-your-pants attitude has existed across all strata of society—celebs, women from emancipated homes, and you-name-it.

Pooja Srinivasaraja, director of a global food chain, points out how women are expected to adhere to many rules that somehow seem to place them in a moral compass. “Being pious and not expressing passion post a child is so culturally engrained in us. If a mother was to be single, her looking for love or a companion is almost scorned upon,” she spells out.

The double standards
However, unlike Olivia Wilde, who had to endure unsolicited moral instructions and condemnation from strangers on Twitter about her sexual affiliations, men are usually praised for their sexual desires. And that’s what advocate Malini says is the flaw in our thinking. “If men stray even while in a marriage, the world attributes it to his success, stress and even an incompatible wife. His friends too look up to him as being a talent of sorts. But when a woman who is separated but has kids even dares to look for love, not necessarily marriage, even her own pals can be judgmental,” she states.

As early as 1975, when Australian activist Anne Summers did a seminal feminism-oriented book, titled Damned Whores and God’s Police, it became an unexpected bestseller, selling more than 100,000 copies. The book makes an observation that the absence of a culture embracing women as being anything other than either devoted mothers or “bad girls” was the “major impediment to female rebellion, and that which keeps women physically and psychologically bound to their family-centered roles”.

Sexual suppositions
Even as recently as five years ago, reality star Kim Kardashian, mother to four children, was unscrupulously attacked for appearing nude on the cover of Paper magazine. “I normally don’t. But … you’re someone’s mother,” wrote the late actress Naya Rivera who died by drowning in July 2020. However, and perhaps thankfully, that remark found its share of critics too. For one, Rachel Khona, of the popular parenting blog Scary Mommy and writer for several publications including The New York Times, The Washington Post, Playboy, Penthouse, Maxim, and Cosmopolitan, hit back. “Are moms supposed to suddenly metamorphosis after they have a child? We should respect women’s sexuality the same way we do men’s,” she wrote.

Even US-based transgender icon Laverne Cox agrees that society can be rather judgmental towards women. “When a woman dates younger men, and especially if you’re a mother they’d say, ‘Maybe you should be spending some time with your children.’ Why can’t a single mum leave her kids to the father to attend to while she also looks to satiate her needs?” she points out.

Your passion, your choice
Professor Dr Saranya Jai, a specialist in gender and sexual studies, isn’t surprised that mothers are still facing this censorship and prejudice. “These conversations about sexuality and consent are essential and important, and the ability for women to be able to choose to do what they want with their own body, and have sexual lives that are not only to reproduce,” adds Dr Saranya.

“Just as racism exists, sexism will exist. We need more women to find their voices and be bold about their choices. Conviction and courage will do the trick. We needn’t be apologetic about wanting to lead fulfilling lives. Kids or otherwise, we have a right to our own happiness.”
— Raena Reddy, a feminist

“When a woman dates a man, and especially if you’re a mother they’d say, ‘Maybe you should be spending some time with your children.’ Why is the onus always on the mother to nurture? Why can’t a single mum leave her kids to the father to attend to while she also looks to satiate her needs?”
— Laverne Cox, US-based transgender icon