The driver was also threatened and even physically assaulted for standing up to hooliganism as police watched. 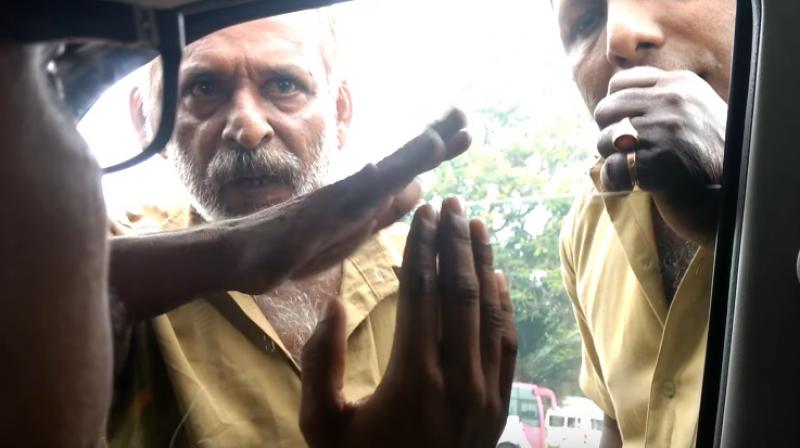 Ernakulam: Online cab services like Ola and Uber among others have taken public transport in India by storm, since people increasingly prefer booking a cab from smart phone apps instead of trying to hire local rickshaws or cabs only to be refused or to be charged exorbitant rates.

But as Ola and Uber have made it convenient for people to travel despite a not so smoothly functioning public transport system, there has been opposition from local rickshaw and taxi drivers who have in the past even gone on strike and targeted Ola and Uber cabs to express their anger.

In a similar shocking incident, a woman became a target of rickshaw drivers in Kerala, when she decided to book an Uber from Ernakulam station to Kakkanad. The angry drivers stopped the cab and asked the driver how he picked up a passenger from the station when he knew the ‘written rule’, indicating that it’s their territory.

They threatened the woman named Vidya Gopalakrishnan when she was recording a video and asked her to take her luggage out of the cab even as she said it’s her preferred more of travelling safely. When asked if there is a law that prohibits taxis there, she was told it’s a ‘written rule’ by the transport commission.

In a Facebook post, she shared how the driver stood up to the bullying by rickshaw drivers and police, and was even physically assaulted as the police did nothing to help.

The video went viral and has more than one lakh views so far, as the woman’s post was also widely shared.