Exploring the beautiful, Baroque Vienna along with its contemporary, stimulating urban structures and public spaces. 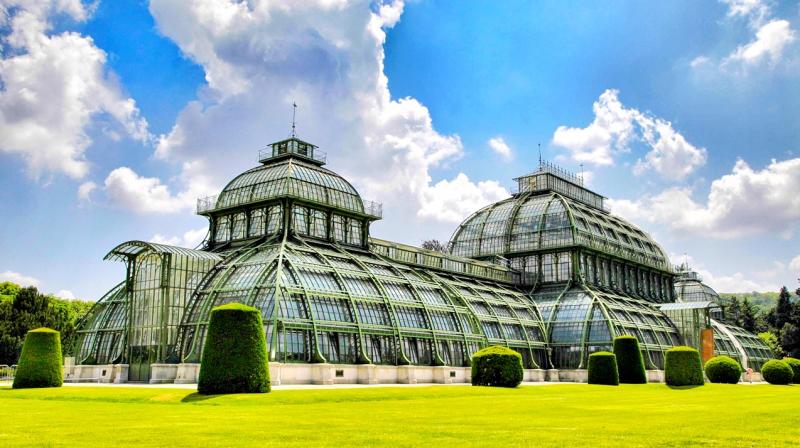 Large greenhouses in the gardens of Schönbrunn Palace, which is one of the most important architectural, cultural and historical monuments in Austria. (Photo: Pixabay)

Vienna is always perceived as a culturally rich city with sprawling gardens and extensive palaces; a city that is soaked in history with immaculate restoration and celebration of its built heritage. But one is only fooled by the plethora of images available online, as the city actually holds together a magical fusion of layers of periods and styles evolving over the ages and the fascinating integration of its architecture – the opulent Baroque palaces on one side and contemporary and fluid masterpieces on the other. 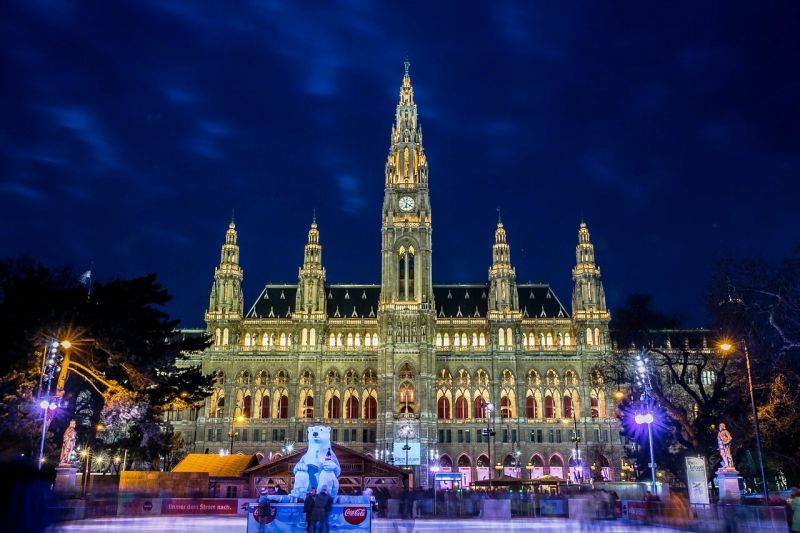 The Vienna City Hall, seat of the local government of Vienna, located on Rathausplatz in the Innere Stadt district. (Photo: Pixabay)

Steeped in history, the Austrian capital is and will always remain a city of imperial palaces and elegant Neo-Classical boulevards, but a wave of thought-provoking buildings and eclectic streetscape is slowly reshaping its identity, giving design enthusiasts even more reasons to visit. From quirky, innovative structures to masterworks by the greatest names in the industry, there are some stunning pieces of contemporary architecture in Vienna to feast one’s eyes upon between a ‘Wiener Mélange’ and a piece of ‘Sacher-Torte’.

My visit to Vienna was an eye-opener on how the city has celebrated its built heritage, while giving room to modernity to attract the new-age traveler. With integration of contemporary details and striking elements juxtaposed with historical structures, it makes a bold statement of being modern, yet traditional. At various levels, it ensures that the visitor is intrigued by the seamless integration of the old heritage with the modern, while realising how beautifully they can co-exist and captivate. 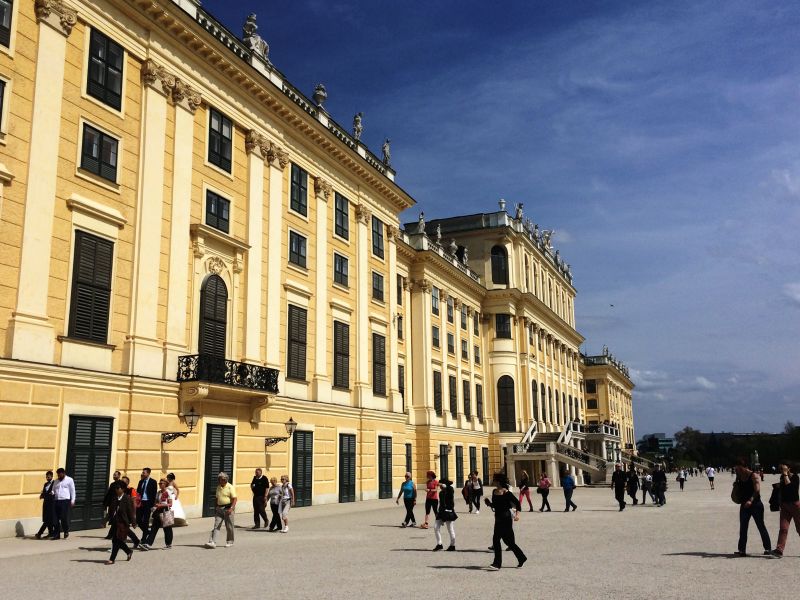 The Museumsquartier or MQ as it is generally called, is an exemplary mix of beautiful Baroque buildings as well as Modern architecture by the architects Laurids and Manfred Ortner. (Photo: Mitu Mathur)

The MuseumsQuartier exuberates a quixotic appeal, designed as a new cultural complex amidst former imperial horse stables. New buildings such as the Leopold Museum and the Museum of Modern Art (MUMOK) mark the sprightly public plaza with historical buildings in the background. They bring in a fresh element of surprise to the striking contrast of the historic ambience and act as a platform for discourse, entertainment and relaxation for all age groups.

The entire complex is interestingly weaved together with a playful quantity of smaller public spaces, passageways and bridges connecting the museums to the many cultural destinations and shops in the courtyards in the vicinity. 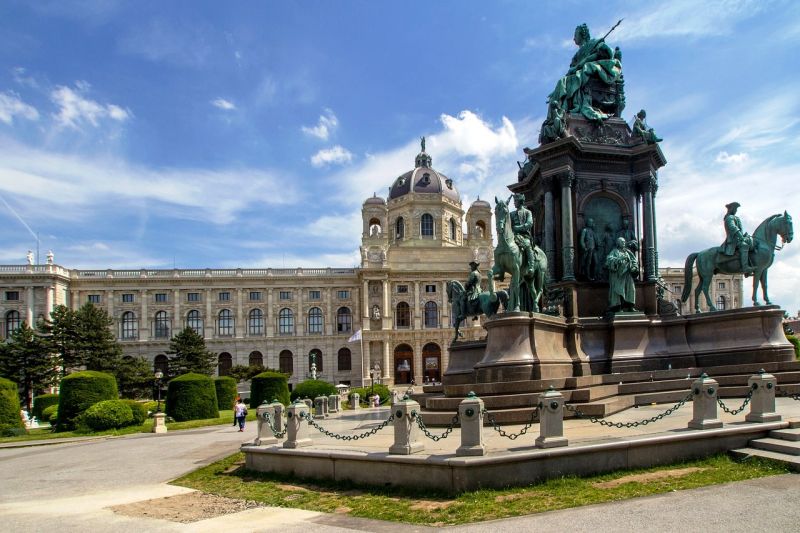 Located in the 7th district of the city of Vienna, MQ is home to a range of installations from large art museums like the Leopold Museum and the MUMOK to contemporary exhibition spaces like the Kunsthalle Wien. (Photo: Pixabay)

The House of Habsburg’s empire boasts of splendid Baroque palaces, magnificent boulevards and sophisticated cathedrals, which emit a sense of the luster and glory of the imperial era. But what caught my attention most, is the unmistakably cosmopolitan atmosphere, attributed largely to its respect for public realm, distinctive charm and flair of the public plazas, accentuated by its attention to detail in infrastructure.

The city offers an appealing infrastructure for cyclists and pedestrians – dedicated wide cycle tracks, shaded pathways and halt stops. Vienna also has integrated street vendors’ facilities, which creates interest amongst tourists and pedestrians. With engaging street furniture and beautiful street art, Vienna is truly a well-planned city, designed to be clean and self-sustainable. 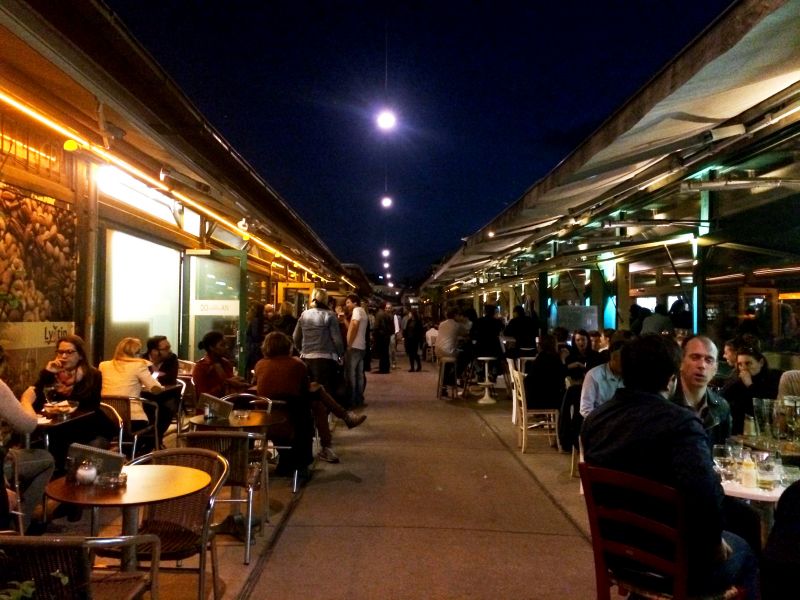 The Naschmarkt or night market, one of Vienna’s best-known marketplace with around 120 market stands and restaurants, a popular meeting place for young and old. (Photo: Mitu Mathur)

The city sees its architecture not just as built-forms, but as drivers for national consciousness, pride and social change amongst the new millennials. Here are a few examples that inspired my thought process, not just as an architect, but as an urban dweller and urban designer: 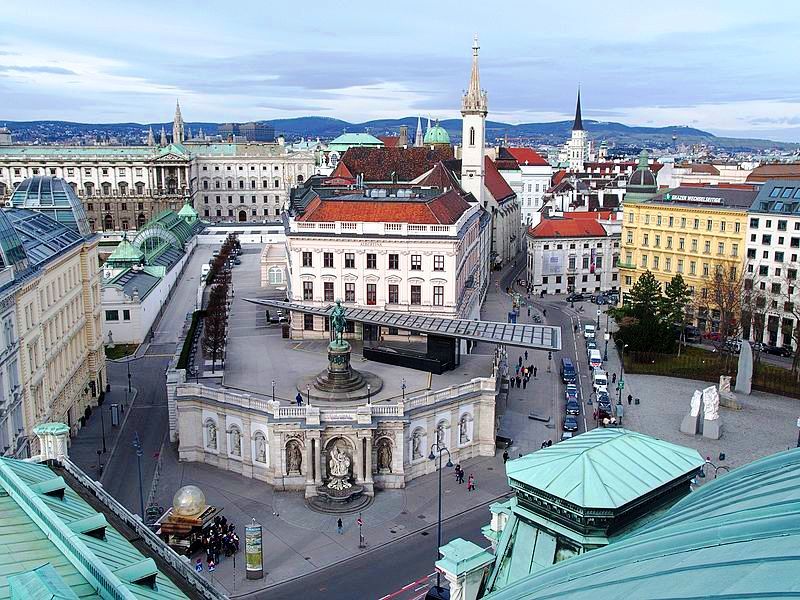 Located in the Innere Stadt of Vienna, this museum houses one of the largest and most important print rooms in the world. With approximately 65,000 drawings and approximately 1 million old master prints, as well as more modern graphic works, photographs and architectural drawings, it truly imbibes the amalgamated spirit of the old and the new, omnipresent in Vienna. It juxtaposes the modern architectural elements defining a sense of arrival into the contemporary times, with the ornate baroque background of the museum. 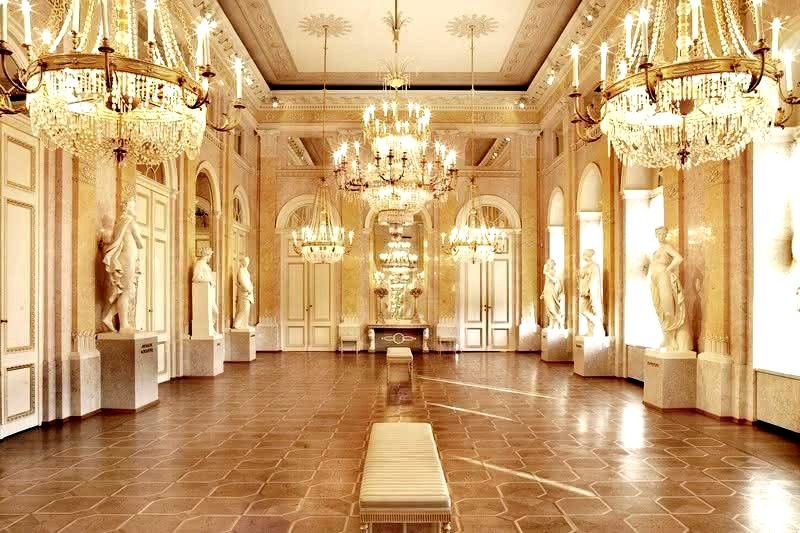 The Hall of Muses at the Albertina Museum, a magnificent centrepiece and focal point of the Habsburg State Rooms. Amidst the luster of this hall’s stucco marble are the statues of Apollo and the Nine Muses. (Photo: Hofer)

As a research-intensive public university with a keen awareness of its obligations to society, WU has developed a stunning campus, adorned with artworks of architecture and streetscape. The houses are beautifully designed and detailed contemporary architecture, as conceived by design-masters such as Zaha Hadid. Apart from its impressive, award-winning architecture, WU’s modern campus also boasts a range of attractive street infrastructure, native yet striking landscape elements, dining options and publicly accessible grounds that encourage students, staff and area residents to explore the campus and enjoy its unique atmosphere. Campus WU provides meeting places and open spaces and has given Vienna’s second district a whole new stylistically neighborhood, which can serve as an inspiration for any architect. 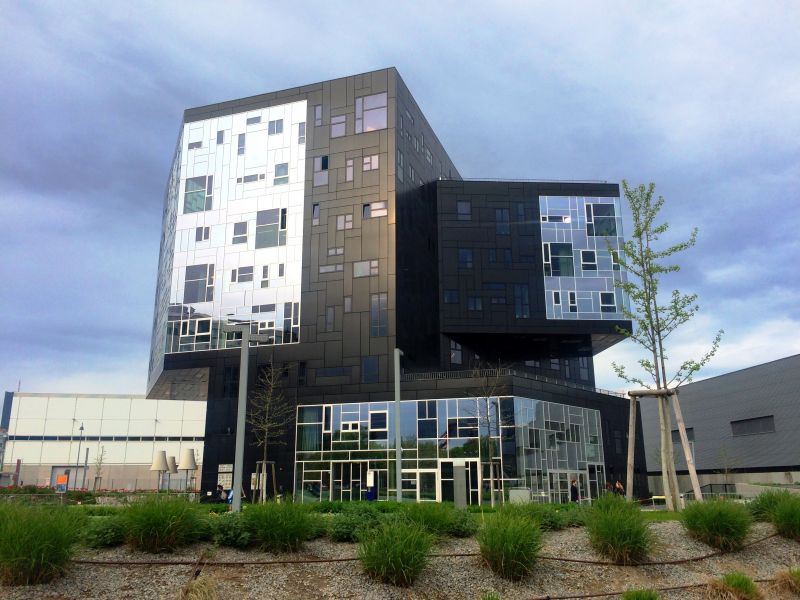 A contemporary building at the Vienna University of Economics and Business, ranked as one of the best business schools in Europe. (Photo: Mitu Mathur)

The main railway station of Vienna, it is a landmark in its own right. It serves as an arrival point for tourists and assures an unforgettable experience to those just stepping into the city for the first time. Never seizing to enthrall passengers, Vienna's new central station project is pivotal to the city's transport policy as it enables trains to converge into a single location. It is not just this master plan but its crystalline roof that makes this station so unique.

*Disclaimer: This article has been contributed by Mitu Mathur, Director, GPM Architects. The facts and opinions appearing in the article do not reflect the views of The Asian Age and The Asian Age does not assume any responsibility or liability for the same.