The sun is never kind in a Maharashtrian summer, but on the water, the sea around me amplifies it. 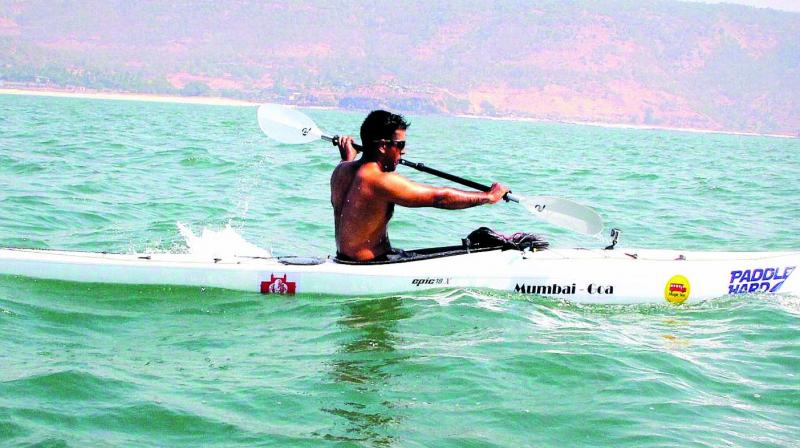 He explains that I’ve landed in Bankot, and I’m lucky to have missed the beaches up ahead that swallow swimmers whole.

It’s Day 4 of my 17-day solo kayaking expedition from Mumbai to Goa. It’s the first time an Indian has attempted this, but things are not going according to the plan. A delay in the import of my kayak has resulted in setting off in the brutal heat of March. The sun is never kind in a Maharashtrian summer, but on the water, the sea around me amplifies it. Also, I haven’t slept much. We’ve completed 90 km in three days with 14 hours of sleep, and today I’ll push that to 120 km when I hit the picturesque beach of Harihareshwar. There’s only one problem. I don’t know where it is. And I’m coming down with a fever.

Typically, I plot my route out on my GPS watch. But somewhere after 30 km, my watch dies. And I’m left grappling with where I am. I spot the sea entering a bay, but I can’t remember it on a map. I have two options, to cross the bay I find myself in, or go back and find Harihareshwar. I decide to head for the bank on the other side.

As I make my way towards it, my dad tells me he’ll find me on land. I see a narrow stretch of beach and make for it. I crash-land on the barren white beach, half naked and completely exhausted. I must have waited 10 minutes in the sobering heat, when Shadab comes down from the hillock and introduces himself. He’s baffled anyone would want to paddle solo from Bombay to Goa, with no motor or sail. He’s baffled further when he spots my ‘huge’ kayak. We take a photo together and he invites me to his house for chai.

He explains that I’ve landed in Bankot, and I’m lucky to have missed the beaches up ahead that swallow swimmers whole. As he ushers me in, I’m introduced to his father, the head of the Dargah at Bankot. As we sit there having chai and rusk, he tells me how he spent a large part of his life in Bombay, until he was chosen to come here and take up the role of the Baba. He tells me the story of how Shivaji Maharaj once passed through Bankot during his naval assault on Murud Janjira. The then Baba of Bankot warned Shivaji to stay. An undaunted Shivaji raged on and lost many men to sea. He returned to Bankot for blessings. Needless to say, he was victorious in his second attempt. Suddenly, it all made sense. The good Baba took me up to the Dargah. With the help of his son Shadab and his brother, he donned his regal attire and blessed me on my own sea voyage. We decide to take a rest day, as Shivaji did. We have 13 more days to go.