Here are five facts about what Italians get up to when they aren't voting. 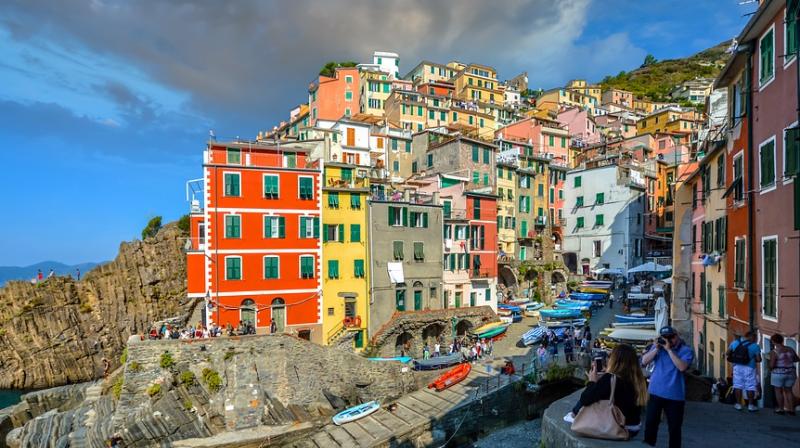 ROME: Italy might be politically divided, with a kaleidoscopic landscape of parties jostling for supremacy in Sunday's polls, but there are some quirks that unite the nation.

Here are five facts about what Italians get up to when they aren't voting:

The Italian coffee cult is now a worldwide phenomenon with its own vocabulary. But there are rules: milk only in the morning in the form of a caffe latte, latte macchiato or cappuccino, and no milky coffee after a meal.

The other variants include ristretto -- a short shot of concentrated espresso coffee, lungo -- a larger and more diluted espresso, corretto -- espresso with a shot of liquor, marocchino -- with cocoa -- and salentino -- iced coffee with almond milk cubes.

And remember: Italians drink a lot of coffee but in small doses throughout the day. No magnum sized coffee cups please!

To the horror of purists, Italians are increasingly peppering their conversation with Anglicisms.

This was not the case under Fascist rule when Benito Mussolini banned all foreign names as well as foreign terms.

However, sandwiches are still tramezzini and Italians are among the rare people to have never heard of the Disney characters Mickey and Donald, who remain the much loved Topolino and Paperino.

Never mind the New Year's rituals of the rest of the world: the parties, champagne and fireworks -- the traditional stuff -- is quirky and sexy in Italy.

Custom dictates that Italians have to break something on December 31, usually crockery, and wear red underwear.

So after Christmas, the shop windows are festooned with red knickers.

And a good tuck in on New Year's Day includes pigs trotters and lentils to ensure that money keeps on rolling in over the next 364 days.

In a highly superstitious country where even the educated make a detour to avoid walking under a ladder or crossing a black cat, lottery aficionados resort to an allegedly infallible technique for that jackpot ticket: the numerology of dreams.

Do flowers, breasts, a hunter, music, boredom, fear or a hat figure in your dreams? Each element corresponds to a number between 1 and 90.

Technically you can play a single number, but the payoff is so paltry that most people look for secondary interpretations in their dreams and play between 2 to 5 numbers.

Instead of playing simply 90 for fear, imagine that you dream of being frightened by an insane person. Then you play both 22 and 90.

The internet site of Lottomatica, the leading lottery in Italy, helpfully provides a special page. You just describe your dream and it will suggest numbers.

Yes, hands and fingers do the talking when Italians chat with an elaborate code, from the classic fingers pinched against the thumb that can mean "What do you want from me?" or "I wasn't born yesterday", to a hand circling slowly that can signal "Whatever" or "That'll be the day".

And yes, they are fearful of their mammas and eat a lot of pasta -- or 26 kilos per year per person, according to the Italian Association of Confectionery and Pasta Industries.

However, Americans have outstripped them as far as pizzas go: 13 kilos per person a year against just 7.3 kilos for Italians, according to farmers' union Coldiretti.