Onlookers marveled at acrobats, stilt-walkers and the magnificent noble costumes of the age. 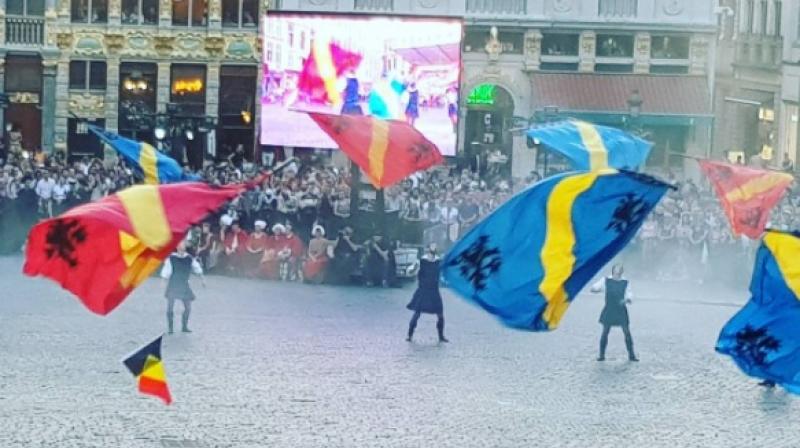 Revelers wearing Renaissance helmets, feathers and striped pantaloons paraded through Brussels on Friday in a tradition stretching back five centuries to the zenith of the city's cultural and political power. The annual Ommegang festival commemorates the visit of Charles V, the Flanders-born Austrian Hapsburg Holy Roman Emperor who ruled lands across Europe and the Americas, to Brussels in 1549.

Revived in its modern form in 1930 as a moment for Brussels to show off its rich history, the week-long Ommegang - Dutch for "going around" - features more than 1,400 actors, including some of Belgium's contemporary aristocracy. "The history is important and my family likes to dress with historical costumes," said Brussels resident Ludger del Bruyere, 63, who has been taking part in Ommegang for 45 years.

Jean Charles de T'Serclaes, a 62-year-old banker in Brussels, agreed. "I like the history," said T'Serclaes, who is participating in the festival with his wife Muriel. "I am reacting to what my ancestors did centuries ago."

Onlookers marveled at acrobats, stilt-walkers and the magnificent noble costumes of the age as they followed the festival procession to the Grand Place, the dramatic square in front of Brussels' Town Hall.

Throughout the week, locals and tourists visiting the capital of the European Union have watched jousting and crossbow tournaments outside the royal palace of current monarch King Philippe and have savored 16th-century delicacies.

Tom Hye, who plays the part of a butler to a Hungarian queen in the festival, has been participating in the Ommegang festival for 10 years. "It's crucial to remember where we are coming from," said Hye, 64. "To keep our tradition alive."