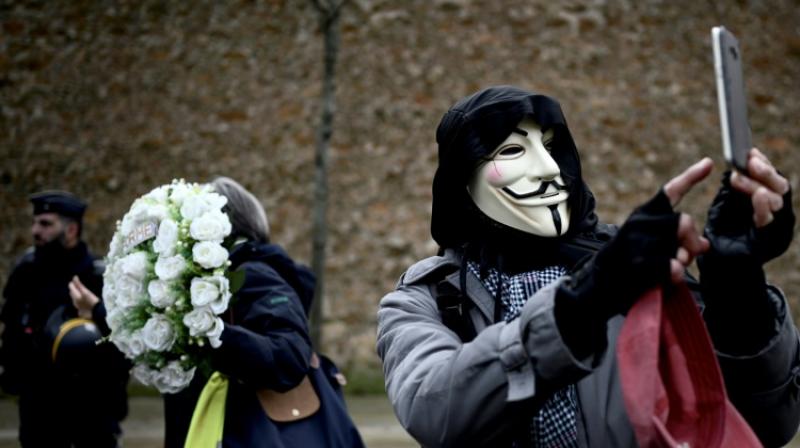 The organisers of such marches routinely dismiss these official counts as gross underestimates. (Photo: AFP)

Paris: The most serious nationwide strike to hit France in years caused new misery for weekend travellers on Saturday, with unions dismissing proposals by the government and warning walkouts would last well into next week.

The challenge thrown down to President Emmanuel Macron over his plans for radical pension reform has prompted hundreds of thousands to take to the streets and brought key transport services to a standstill.

The strikes, which began on Thursday over the plans for a single points-based pension scheme, recall the winter of 1995, when three weeks of huge stoppages forced a social policy U-turn by the then-government.

Unions have vowed a second series of mass demonstrations nationwide on Tuesday after Thursday's big rallies and there is expected to be little easing of the transport freeze over the coming days. The strikes could prove to be the biggest domestic challenge yet for Macron, who came to power in 2017 on the back of promises to radically reform France and has sought a prominent place on the international stage as Europe's number one statesman.

Macron was widely believed to have ridden out the challenge posed by the "yellow vests" whose weekly Saturday protests against inequality in France had shaken the government over the last year. But the yellow vests have also sought to use the momentum of the strike movement and held a fresh protest in Paris on Saturday and others in several cities across France.

Police and local authorities estimated the turn-out across France at 23,500 -- of whom 1,600 marched in Paris. The organisers of such marches routinely dismiss these official counts as gross underestimates.

Prime Minister Edouard Philippe has insisted that the government will not abandon the plan, though he added it was prepared to bring it in gradually.