Money: Billionaire gives away all his $ 8 billion wealth

Feeney travelled coach, never business or first, and did not ever buy a fancy car in his life, a temptation that few who make it in life can resist. 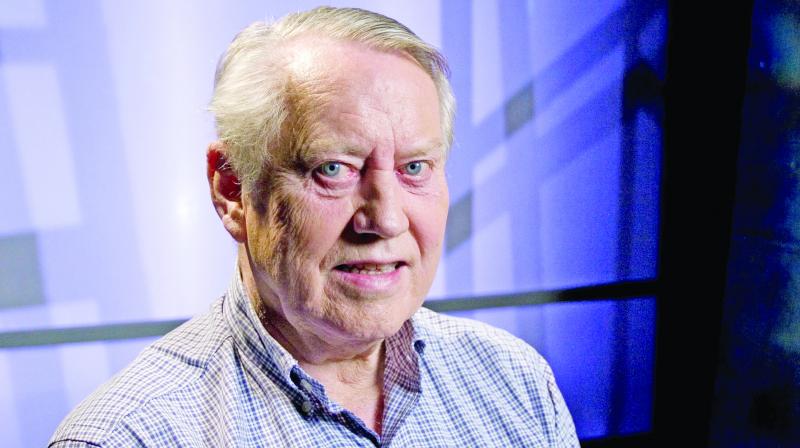 There are a few inspirational tales that are worth repeating. You may have read the book and you might see a movie based on his life soon enough. There is something so truly altruistic in the story of his life that it could even become a chapter in school texts. This is a modern tale of selfless charity set amid the rising inequality of world incomes by which a few top billionaires possess as much wealth as half the world’s seven billion population.

“He lives in a two-room condo now. He has just $2 million left in his account after having given away his $8 billion wealth,” says Rangaswamy Madhavan of San Francisco. A venture capitalist who himself made it big in the land of opportunity via the shining star of the new economy, the Silicon Valley, Madhavan  recounts the story of Charles E.  Feeney, who is headlined as the ‘Billionaire who wasn’t’ in a book describing how he secretly gave away his considerable fortune.

The story of the world’s philanthropic billionaires, beginning with Bill Gates and extending down to many in India of the new economy like Azim Premji and Shiva Nadar, is being retold constantly in the media as super rich men lighten their conscience and their purse by giving away a chunk of their fortunes. But Feeney was so secretive about giving away almost all of his wealth that he did not figure in this cavalcade of donors for a very long time. It is amazing how he conceptualised the giving away of money, which he had learnt to earn from a very young age, including in the dormitories of the Cornell School of Hotel Administration.

“Feeney realised that giving away money was also a full-time job, he had raked in the billions as one of the co-founders of Duty Free Shoppers even as DFS became every traveller’s favourite shopping spot in airports around the world, with the Japanese being the biggest customers. Around 1984, he decided to devote all his time to charity to ensure that the money he gave away would be for the best causes and that none of it would be frittered away in unproductive areas,” explains Madhavan.

Feeney travelled coach, never business or first, and did not ever buy a fancy car in his life, a temptation that few who make it in life can resist. A humble sedan was sufficient for him, so too modest living accommodation rather than splashing on a mansion with a swimming pool and the works in the great tradition of grandiose American suburban excellence. In a life that he devoted to the Atlantic Philanthropies, Feeney then plotted where his money would go, which projects would benefit from his largesse.

Dubbed the ‘James Bond of philanthropy’, he went around the world in clandestine manner to give away $8 billion for education, science, healthcare, looking after the aged and civil rights in many countries. He had promised to give away virtually every last cent by 2016 and he kept his word, handing out his last $1.5 billion by December, with a final $7 million grant to his alma mater, Cornell University. “Few living people have given away so much, none may have given his fortune so completely during their lifetime,” concludes Madhavan, who believes Feeney now lives in a neighbourhood not far from his, as anonymously as he did his charity work.