Tips for a weekend getaway in Thailand 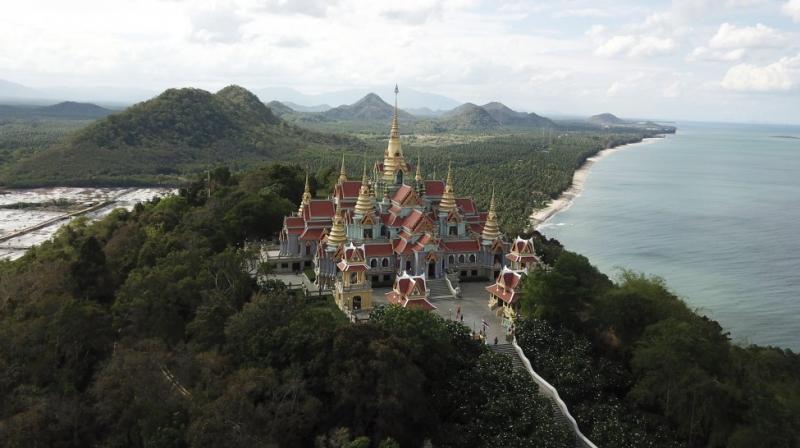 Lopburi, one of Thailand’s oldest cities, boasts Khmer-era temples and the uncrowded ruins of King Narai’s Palace, built in the 1600s. (Photo: AP)

Bangkok: Thailand’s southern beaches lure travellers with their turquoise water and dramatic limestone cliffs, but there’s more to explore in the Southeast Asian country that’s one of the world’s most popular destinations.

For a Thai road less travelled, try one of these getaways outside Bangkok, far from the overly Instagrammed backpacker hotspots or the party scene of Phuket or Pattaya.

Ban krut for the beach bum

In laid-back Ban Krut, travelers will find one of the cleanest and quietest stretches of white sand within driving distance of the capital, Bangkok.

This sleepy seaside community, known mostly by locals, is a five-hour drive or six-hour train trip down the Gulf of Thailand.

River kwai for the nature lover

Most visitors come for the beaches, but the rivers and parks in Thailand’s Kanchanaburi province have much to offer the off-the-beaten-track road tripper.

Just two hours from Bangkok is the famed bridge over River Kwai featured in the French novel-turned-1957 Academy Award-winning film.

Stay on the river at one of Kanchanaburi’s many floating hotels, or floatels, where you can kayak to your front door.

The park’s crown jewel is the extraordinary Phraya Nakhon Cave. Come early to catch the picturesque chamber flooded with morning sunshine spotlighting the royal pavilion that sits inside.

Outdoorsy travelers can camp in a park bungalow or opt for more luxe accommodations in the nearby touristy town of Hua Hin, three hours by car or four by train from Bangkok.

Lopburi for the history buff

Bypass the tour groups at the ancient city of Ayutthaya and head two hours north of Bangkok for a more serene stroll through Thai history.

Lopburi, one of Thailand’s oldest cities, boasts Khmer-era temples and the uncrowded ruins of King Narai’s Palace, built in the 1600s.

It’s also known for the mischievous monkeys that gather at Phra Prang Sam Yot temple in the center of town. Pro tip: Keep a safe distance from the monkeys and hide anything you don’t want them to steal.

A car rental costs about USD 20 per day, and an international driver’s permit is required. You can also hire a driver at most major car rental companies, book a taxi or explore by train.

Be sure to have Google’s maps and translate apps at the ready.