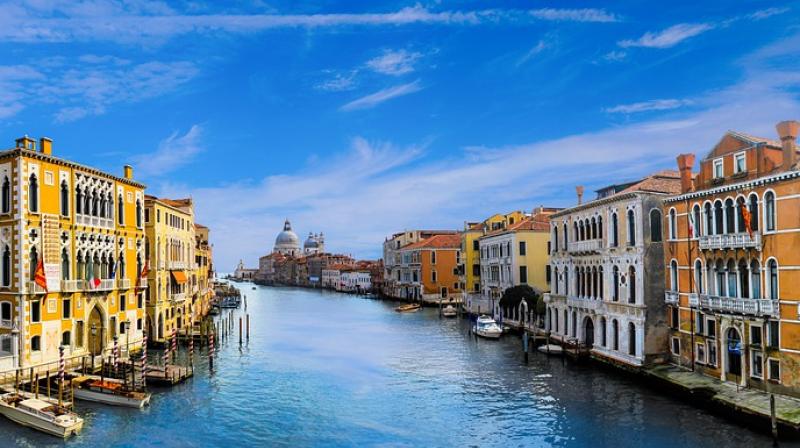 The goal of UNESCO is to enlist and then preserve cultural and natural sites. (Photo: Representational/Pixabay)

Venice has been crumbling under the pressure of overtourism for years now. Since 2014, UNESCO has been debating whether to place Venice on the “in danger” list. There are already 53 sites on this list, which are at serious risk of degradation due to overtourism.

In June 2019, Venice Mayor Luigi Brugnaro made headlines for an unconventional reason. After the cruise ship incident which injured four people, the Mayor asked UNESCO to “blacklist” the city of Venice. He proposed this move to deal with the ramifications of overtourism, as Venice city is a Word Heritage Site, reported Skift.

For a Heritage Site to be added to the “in danger” list, the city has to submit itself to more scrutiny and rigorous self reporting. Why would the mayor of a city famous for its art, culture and architecture wants this kind of a dubious distinction placed on it.

Also Read : Overtourism to plague more cities in the next 10 years

The goal of UNESCO is to enlist and then preserve cultural and natural sites. Countries that want sites to be included have to submit a management plan and allow for monitoring. UNESCO has a lot of prestige and recognition but not a lot of power. The committee is made up of 21 rotating states that decide on the framework for restoration, the resources and expertise needed and arrangement of either public or private funding for restoring a site.

This kind of help is useful for Heritage Sites in developing countries but it is an embarrassment for developed nations like Italy to accept help. So in such kind of a scenario, why would Italy want Venice to be placed under scrutiny?

“Since its brave beginnings in 1946, when it was run by writers, philosophers, scientists and artists, the organisation has become bureaucratised, politicised and cowardly, afraid of alienating its 195 member states. To be listed is not seen as a simple recognition of fact or an appeal for help, but a national humiliation that the countries’ ambassadors do everything to avoid,” said Anna Somers Cocks, formerly the head of Venice in Peril, a British charity. The charity was founded to promote restoration of Venice.

The committee handling the Venice issue raised a valid question, “What’s an international conservation body first founded in 1946 to do in the age of modern overtourism?” But in reality, UNESCO was not meant to handle tourism at all; it just accords heritage status to sites. Due to the ‘honeypot effect’, tourism became an added advantage along with the heritage status.

In its operational guidelines, UNESCO mentioned that “each nominated property should have an appropriate management plan or other documented management system which must specify how the Outstanding Universal Value of a property should be preserved.” But these guidelines don’t apply to tourism and thus it goes unchecked.

Anna Leask, professor of tourism management at Edinburgh Napier University said that UNESCO can do more to bring new age requirements in their guidelines. “There should be some part of that nomination document that acknowledges what the impact of being listed might be (in terms of tourism) and also a management plan for that,” she said.

“It’s extremely depressing what’s happened to the World Heritage Committee,” Somers Cocks said. “It really has become very cowardly and really hopeless at defending its sites. If it can’t recognise the obvious fact that Venice is in danger, what can anyone else do?”