The art of mask-making, unique to the island’s Samaguri Xattra, will also be showcased, said Mr Baruah. 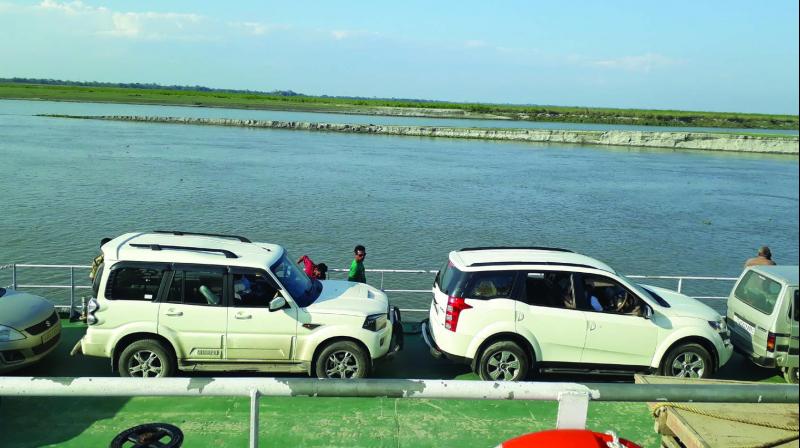 Majuli, said to be the world’s largest river island, and India’s only island district, is set to host its first music festival from November 15-17. The festival, initiated by a group of local youth who have spent considerable time in metros like Mumbai and Delhi, will also highlight some key issues plaguing the island. Along with music, local cuisine of the Mishing tribe will also be served at the fest.

Known for its numerous Xattras (Vaishavite monasteries), celibate monks and a unique ecosystem, the island of Majuli faces a constant threat of erosion from the mighty Brahmaputra. With floods and erosion hitting the island year after year, of the 65 original Xattras, only 22 now remain. But despite numerous challenges, the “cultural nerve centre of Assam” has been able to preserve the traditional way of life in the Vaishnavite Xattras. The massive island got a big boost in 2016 when it was declared as a district. It is also the constituency of Assam chief minister Sarbananda Sonowal, who is the chief patron of the festival.

“With this festival, we want to promote all the good things about this island. Our prime focus will be to help the locals curb the problem of erosion. Padma Shri Jadhav Payeng, known as the Forest Man of India, has agreed to help us in this initiative. After this festival, we will also focus on installing solar panels and lamps across the region, and also start a e-rickshaw service within the island. We are taking help from the government for funds,” said Kiranjit Baruah, a founder member of the music festival.

The art of mask-making, unique to the island’s Samaguri Xattra, will also be showcased, said Mr Baruah. People attending the festival can also take part in water sports and other adventure activities in the Brahmaputra river. Anglers can explore various corners of the island for recreational fishing.

“Guests and travellers will be housed in tents on the sand banks of the river, which will be an experience in itself. Local cuisine will be served at the camping site,” Mr Baruah added. The founders of the festival clarified that this festival will not be restricted to just music, but will showcase the island’s culture and its problems as well.

Through this festival, we would also like to appeal to Unesco for a World Heritage Site tag for Majuli, said one of the founders. “Festivals do impact tourism, whether music or spiritual fests. Majuli is also famous for its Raax Mahotsav. It helps us showcase our rich culture and traditions. It helps the local economy, from the homestay owners to even local drivers. The USP of our state is nature and wildlife, and the government is working to improve infrastructure across the state. We have a tourist-friendly environment in our state now,” said Mr Jayanta Malla Baruah, chairperson, Assam Tourism Development Corporation.

“42,000 foreign tourists and 60 lakh domestic tourists visited Assam this year, and we are hoping to increase this number. Our tourism growth rate is better than the national average,” added the chairperson.

Music festivals have mushroomed across the Northeast recently, with an aim to attract more tourists and to showcase the region’s unique diversity and taste for music. However, if it has actually helped tourism in the six states remains to be seen.

The Hornbill Festival, which started in the year 2000 in Nagaland, went on to become a roaring success. It was soon followed by a slew of such events — namely the Ziro Music Festival (started in 2012), Dambuk Orange Festival, Tawang Festival, Brahmaputra Music Festival and many more. However, foreign and domestic tourists visiting these festivals have often complained of poor road connectivity and lack of good accommodations around these sites and nearby towns.

With inadequate means of transport to and from the island, and scarcity of accommodation, the question remains if the fest will succeed in achieving its purpose or will be a lost cause.