Amsterdam to up tourist taxes to discourage visitors

Dutch city wants to increase tourist tax by as much as €10 a night to stop stag dos and other budget city breakers. 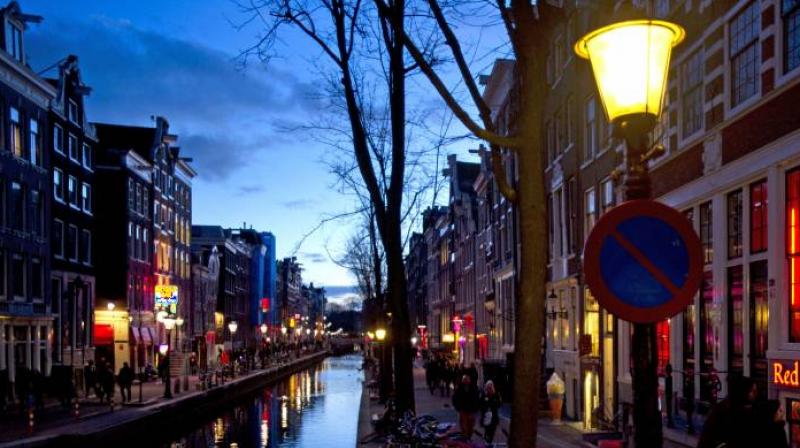 Locals too are unhappy with the influx of tourists with many feeling that they are are being priced out of the city centre because of tourist accommodation. (Photo: AP)

Following other European cities, popular tourist destination Amsterdam too has decided to take a stand against tourists.

The Dutch city wants to increase tourist tax by as much as €10 a night.

According to a story published in The Guardian, the new rates are aimed at discouraging stag dos and other budget city breakers who are attracted to the Red Light District.

Local council believed that these kind of tourists do not bring in much spending money and are not beneficial to the tourism industry.

He went on to add, “We would prefer people who stay a couple of nights, visit museums, have lavish meals at restaurants, to people who pop over for a weekend eating falafel while sauntering around the red-light district.”

Locals too are unhappy with the influx of tourists with many feeling that they are are being priced out of the city centre because of tourist accommodation.

The government measure comes after a sharp rise in the number of tourists visiting the city. The government has been exploring measures to regulate tourism, including a ban on new hotels in certain parts of the city.

They also introduced a campaign for visitors to see lesser known areas instead of concentrating on the already congested areas.

Furthermore, next year, tourists will pay a six per cent tax on the cost of their room, up from five per cent this year.

But the council is also looking at a fixed tax charge of €10, as well as a percentage of the final hotel bill.