A one of a kind expedition from Bengaluru to Paris on road sure has a story to tell. Anand Baid and family shares their experience and more. 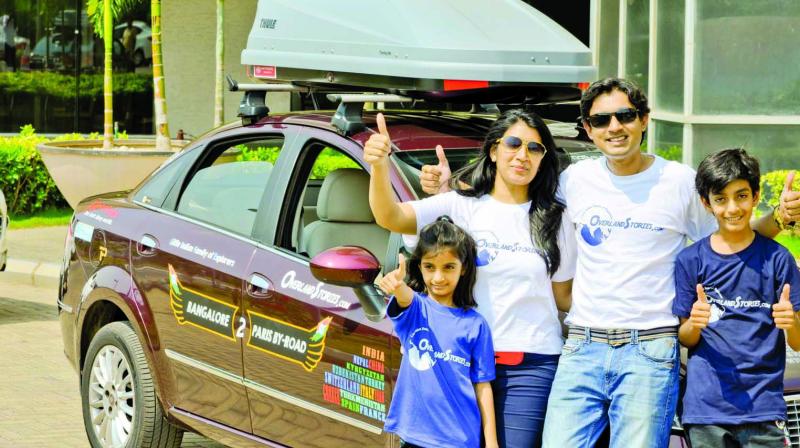 Have you ever thought of driving down to Paris? Sounds hard? Well, not for Anand and family.

Anand Baid with his wife Punita Baid and children Yash and Dhriti went on an adventure filled expedition from Bengaluru to Paris in their car!

What started off as a joke after travelling from Bengaluru to Rajasthan by road in 21 days, turned into a venturesome affair. Anand Baid says, “While travelling from Bengaluru to Rajasthan the idea of a world tour struck my head and I started doing my research. I realised that it indeed is possible to travel over land to other countries from India”.

Travelling by road has its advantage of flexibility, to stop at a place for as long as you want to watch the sunset, a scenic landscape or meeting the local people.

After religious planning and paper work for 7 months, Anand with his family were set to start this expedition. Anand says, “All of this requires paper-work to be done upfront before leaving the country. You do not want to reach the border of a particular country only to learn you are not allowed inside due to certain restrictions”

By the end of 111 days after travelling across 11 countries covering about 23,000 kms, you would be carrying a bag full of memories and experiences, “Our children were offered many goodies as souvenirs and once people came to know that we are travelling by car they would offer us food and in quite a few instances the restaurants refused to accept money from us as token of their hospitality” Punita baid narrates her experience. 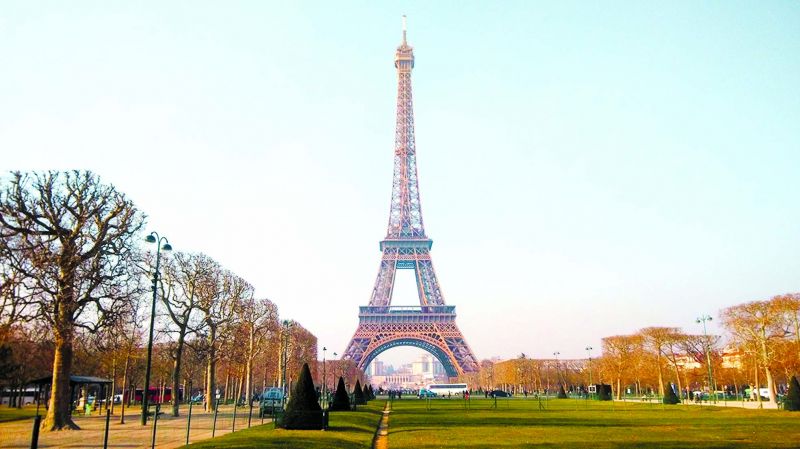 Anand shares a rather warm incident, “In Samarqand, Uzbekistan, a lady paid for our Pizza without letting us know and she left. When we walked up to pay the bill, we learnt what had happened. We quickly rushed out to look for her and asked her why she did so – she said she was very fond of the Taj Mahal and would like to visit India someday and this was a small gesture. We thanked her and took a picture with her”.

Going on a road trip to Paris would obviously come with its own set of stumbling blocks. Anand speaks about their hurdles, he says, “Putting together the plan initially was a huge challenge – particularly as we wanted to do this within a budget.” Punita adds, “The journey had its share of ups and downs - like getting stuck in Nepal-China Border during the Earthquake where we had to sleep in our car for five nights due to damaged roads, the border crossing in Turkey where we had to remove all luggage and wait for over 3 hours to enter, reaching Greece during the height of its economic crisis and a lot more.”

While a journey like this faces challenges, it is worth it to witness the beauty of Mother Nature in all these countries, the architectural marvels of man-kind, both modern and centuries old. It is indeed what we term as a ‘once in a life time opportunity’.