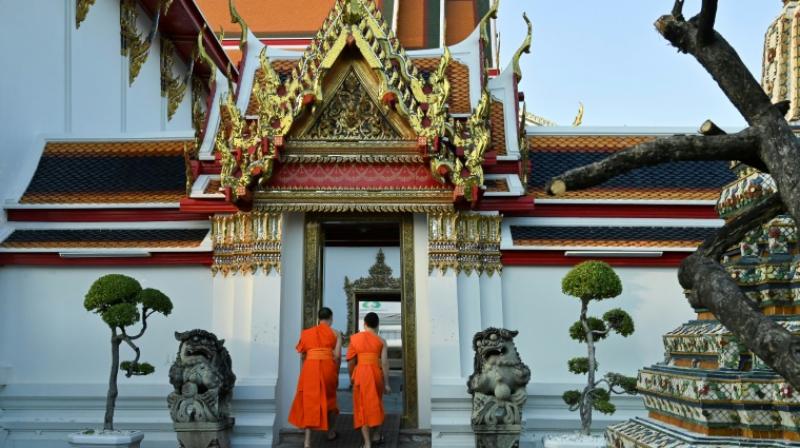 Bangkok: At Bangkok's Reclining Buddha temple, Krairath Chantrasri says he is a proud custodian of an ancient skill -- the body-folding, sharp-elbowed techniques of Thai massage, which was added Thursday to UNESCO's prestigious heritage list.

Originating in India and practised in Thailand for centuries, the massage was popularised when a speciality school opened in the 1960s to train massage therapists from around the world. Nuad Thai's addition to UNESCO's list of "Intangible Cultural Heritage" practices "is historic," said the Thai delegate at the United Nations Economic, Scientific and Cultural Organization meeting in Bogota, Colombia.

"It helps promote the practice of Nuad Thai locally and internationally," he said. From upscale Bangkok spas and Phuket beach fronts to modest street-side shophouses, "nuad Thai" is ubiquitous across the kingdom, where an hour of the back-straightening discipline can cost as little as USD5.

Krairath, who teaches at the Reclining Buddha School inside the famed Wat Pho temple, helps thousands of Thai and foreign students who flock to the centre each year. The son of a masseuse, he takes great pride in his role sharing the ancient discipline at a temple whose certification is a proud banner for any massage shop. "I'm a continuation of our collective knowledge," the 40-year-old told AFP.

At Wat Pho's complex, trainees run through a catalogue of moves targeting the body's acupressure points with thumbs, elbows, knees and feet while also incorporating deep stretches and contortions. Doctors and monks were said to have brought these methods 2,500 years ago to Thailand, passing its secrets from master to disciple in temples and later within families.

Under Thailand's King Rama III in the nineteenth century, scholars engraved their knowledge of the field onto the stones of Wat Pho. The nuad Thai school, which has trained more than 200,000 massage therapists who practice in 145 countries, first opened in 1962.

Massage employs tens of thousands of Thais. The school's director Preeda Tangtrongchitr says they usually see an uptick in interest from Thais when the economy is bad. "For many people who are disabled or in debt, this job is an opportunity because it requires no material -- only their hands and knowledge," he said.