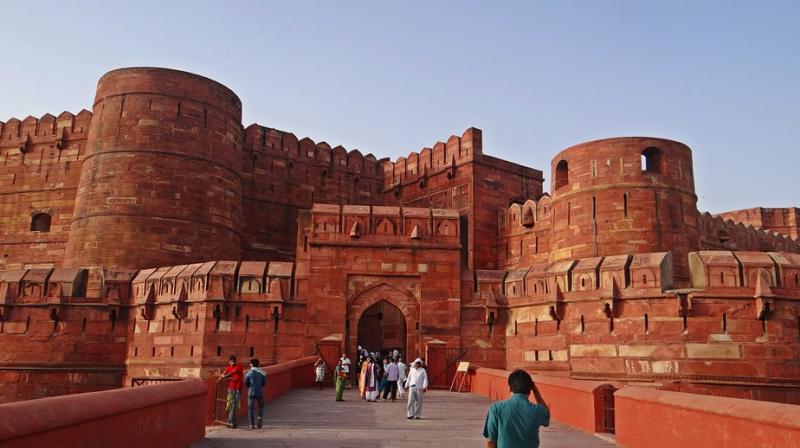 New Delhi: India has always treasured its perennial glory when it comes to culture and history. From man-made marvels to natural wonders, the country offers a plethora of stunning sites that should be at the top of every travelers bucket list.

The Taj Mahal is located on the right bank of the Yamuna River in a vast Mughal garden that encompasses nearly 17 hectares, in the Agra District in Uttar Pradesh. It was built by Mughal Emperor Shah Jahan in memory of his wife Mumtaz Mahal with construction starting in 1632 AD and completed in 1648 AD, with the mosque, the guest house and the main gateway on the south, the outer courtyard and its cloisters were added subsequently and completed in 1653 AD.

The walled city of Ahmadabad, founded by Sultan Ahmad Shah in the 15th century, on the eastern bank of the Sabarmati river, presents a rich architectural heritage from the sultanate period, notably the Bhadra citadel, the walls and gates of the Fort city and numerous mosques and tombs as well as important Hindu and Jain temples of later periods.

Located at the heart of the Himalayan range in northern India (State of Sikkim), the Khangchendzonga National Park includes a unique diversity of plains, valleys, lakes, glaciers and spectacular, snow-capped mountains covered with ancient forests, including the world's third highest peak, Mount Khangchendzonga.

The Nalanda Mahavihara site is in the State of Bihar, in north-eastern India. It comprises the archaeological remains of a monastic and scholastic institution dating from the 3rd century BCE to the 13th century CE. It engaged in the organized transmission of knowledge over an uninterrupted period of 800 years.

This National Park in the western part of the Himalayan Mountains in the northern Indian state of Himachal Pradesh is characterized by high alpine peaks, alpine meadows and riverine forests. The 90,540 ha property includes the upper mountain glacial and snow meltwater sources of several rivers, and the catchments of water supplies that are vital to millions of downstream users.

The Jantar Mantar, in Jaipur, is an astronomical observation site built in the early 18th century. It includes a set of some 20 main fixed instruments. They are monumental examples in masonry of known instruments but which in many cases have specific characteristics of their own. Designed for the observation of astronomical positions with the naked eye, they embody several architectural and instrumental innovations.

This tomb, built in 1570, is of particular cultural significance as it was the first garden-tomb on the Indian subcontinent. It inspired several major architectural innovations, culminating in the construction of the Taj Mahal.

On a hill overlooking the plain and about 40 km from Bhopal, the site of Sanchi comprises a group of Buddhist monuments (monolithic pillars, palaces, temples and monasteries) all in different states of conservation most of which date back to the 2nd and 1st centuries B.C. It is the oldest Buddhist sanctuary in existence and was a major Buddhist centre in India until the 12th century A.D.

The Sundarbans covers 10,000 km2 of land and water (more than half of it in India, the rest in Bangladesh) in the Ganges delta. It contains the world's largest area of mangrove forests. A number of rare or endangered species live in the park, including tigers, aquatic mammals, birds and reptiles.

Group of Monuments at Hampi - Karnataka

The austere, grandiose site of Hampi was the last capital of the last great Hindu Kingdom of Vijayanagar. Its fabulously rich princes built Dravidian temples and palaces which won the admiration of travellers between the 14th and 16th centuries. Conquered by the Deccan Muslim confederacy in 1565, the city was pillaged over a period of six months before being abandoned.