10 must visit places in Sikkim

Get mesmerised in the beauty of Sikkim. 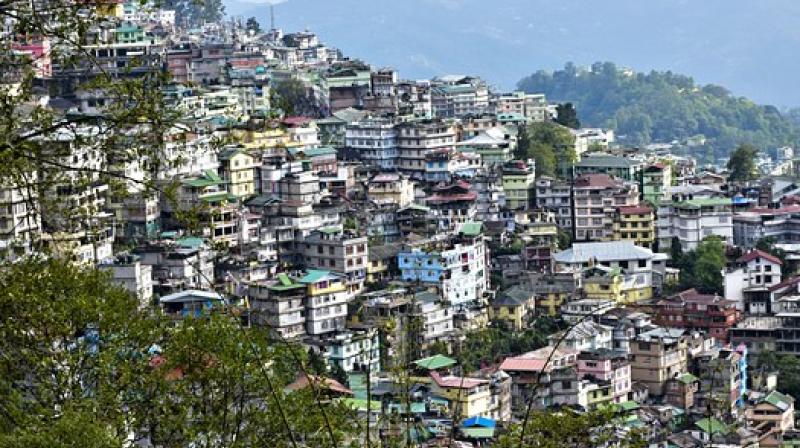 The Northeastern states are known for their mesmerizing beauty and Sikkim is one such beautiful state in the northeast. Surrounded by the magnificent Kanchenjunga ranges and Alpine vegetation, this Himalayan state will totally captivate you.

The lovely tundra region, snow-covered mountains, waterfalls and the life of Sikkim, Teesta River all together comprises the picturesque state of Sikkim. Book tour packages to Sikkim from reputed tour operators and get lost in the charm of the mountains. Here are some must-visit places of Sikkim.

Gangtok is the capital of Sikkim and is known for its Buddhist monasteries, adventure activities and the popular Sikkim ropeway. Surrounded by the beautiful Kanchenjunga ranges, the beauty of Gangtok is a sight for the sore eyes. While in Gangtok, the very first thing that you should do is explore the Buddhist monasteries. The Rumtek monastery and the Enchey monastery are must the prominent ones. Nathula Pass is a trekking spot in Gangtok that follows the famous silk route. Beautiful Tsomgo Lake falls en route to the pass. Apart from that, you can also explore the Fambong Lho Wildlife Sanctuary and the Deorali Orchid Sanctuary to witness the hundreds of variety of Orchids.

Although Pelling is a small town in Sikkim it is the second most visited place after Gangtok. Pelling is home to the Pemyangtse monastery, one of the oldest monasteries of Sikkim, as old as 300 years old. It is a beautiful tourist attraction spot. The scenic Kanchenjunga falls is only a half-hour drive from the city centre. This perennial waterfall is another tourist hotspot in Pelling. You can also hike to the Rabdentse Ruins. It is located close to the Pemyangtse monastery. Rabdantse used to be the second capital of the earlier Sikkim kingdom.

Lachung is a scenic hamlet in Sikkim. This mountain village lies close to the Tibetan border and is home to the Lachung Monastery, a prominent monastery in Sikkim. Mount Katao is only 28 kilometres from Lachung village and the viewpoint offers some of most majestic vistas of the mountains, although you would need a permit from the state army to enter the area. If you are willing to travel 50 more kilometres from Lachung, you will reach the picturesque Zero Point. Surrounded by snow most of the year, Zero-point offers stunning views of the Kanchenjunga ranges.

If you want to witness the magic of nature, head to Yumthang Valley in Sikkim. It is also known as the Valley of Flowers and rightly so. The Shingba Rhododendron Sanctuary lies in Yumthang Valley, with about forty different varieties of Rhododendron species. To experience the exquisite beauty of the valley, visit during the months from April to June, the Rhododendrons are in full bloom.

Yuksom in Sikkim is popular for its monasteries, beautiful lakes and bird watching. The landscape of Yuksom is simply exquisite. Snowcapped mountains surround the town with lush green vegetation enveloping the state. Yuksom is steeped in heritage, the monasteries are evidence to it. Tashding monastery, Dubdi monastery, Kartik monastery are all prominent monasteries in Sikkim. The beautiful Khecheopalri Lake is a very scenic spot as well as a pilgrimage spot in the town. Yuksom also serves as a gateway to Kanchenjunga National Park, which is home to sloth bears, snow leopards and Red Panda and varieties of bird species.

Located in North Sikkim district, Lachen is a beautiful mountain village in Sikkim. This is an offbeat location in Sikkim and one of the unexplored gems In the state. This tiny village offers some of the most scenic views of the Kanchenjunga ranges. What makes Lachen so pleasing is its untouched natural beauty. The village generally serves as a base camp for trekking. Away from the noise of the city life, Lachen is just the spot for offbeat travellers. Stroll around the scenic valleys of Lachen and get lost in the mesmerizing beauty of nature.

Ravangla is a tourist town in the state of Sikkim. Surrounded by the magnificent Kanchenjunga ranges and lined by pine and conifer trees, the beauty of Ravangla is spellbinding. Buddha Park is a popular tourist destination in this town, which serves as a prominent landmark. The 130 feet high statue of Buddha sits in the middle of the park. Monasteries namely Ralang and Bo monastery are must-visit as well.

Zuluk is another mountain village of Sikkim, which is popular for the famous Silk Route. The silk route with all its 32 hairpin bends can be seen from the village of Zuluk. The mountainous slopes of the route offer some of the most scenic views of the adjacent areas. Zuluk is also home to one of the most picturesque lake, The Momenchu Lake. Apart from that, the Thambi View Point offers panoramic views of the entire silk route.

Green Lake is one of the most beautiful glacial Lake in the state of Sikkim. The jade-green colour of the Lake and the surrounding mountains just makes you want to pause and appreciate the view. The trek up to the lake will bring you across the famous Kanchenjunga National Park. This Lake often serves as a base for trekking to Mount Kanchenjunga or the Zemu glacier. Sikkim is a state of abundant natural beauty and these are some of the most astounding beauties that Sikkim has to offer. Visit these places on your Sikkim trip to truly absorb the beauty of the state.