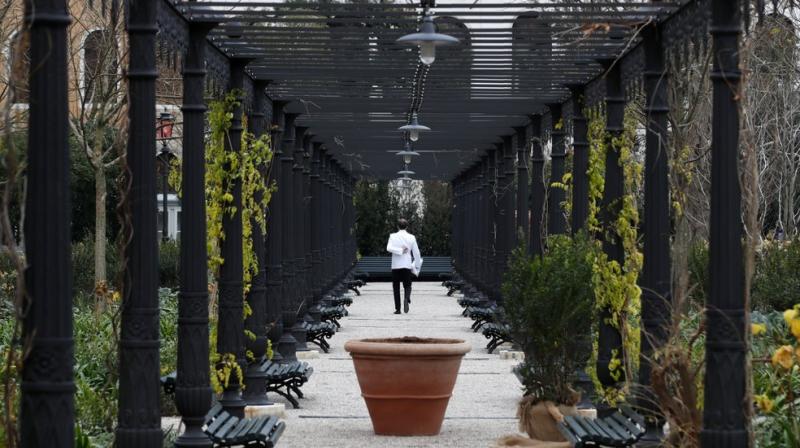 Venice’s mayor, Luigi Brugnaro, has given a preliminary estimate of damage at more than 1 billion euros. (Photo: AP)

France: Venice’s Royal Gardens were first envisioned by Napoleon, flourished under Austrian Empress Sissi and were finally turned over to the public by the House of Savoy, only to fall into disrepair in recent years. After an extensive restoration, the gardens reopened Tuesday as a symbol both of the lagoon city’s endurance after last month’s record floods, and the necessity of public-private partnerships to care for Italy’s enormous cultural heritage.

Italian insurer Generali spent some 3 million euros (USD 3.5 million) to renovate the Royal Gardens adjacent to St. Mark’s Square, and will receive a tax write-off of 65 per cent over the next three years under Italy’s Art Bonus program. It is part of 400 million euros spent by over 1,000 individual and corporate donors to restore and renovate cultural treasures since the program, modelled after similar tax breaks in countries like the United States, was launched in 2014.

Culture Minster Dario Franceschini, on hand for the inauguration, said such public-private partnerships need to grow, “in a strong, I hope, exponential way’’ to augment the ‘’public resources that can and must be given to protect our historic, artistic treasures.’’ The series of great tides last month -- starting with a 1.87-meter (6.14-foot) flood on Nov. 12 that was the highest in 53 years, followed by another two exceptional tides over 1.5 meters within days -- has emphasised both Venice’s vulnerability and the need for resources.

Venice’s mayor, Luigi Brugnaro, has given a preliminary estimate of the damage at more than 1 billion euros. The Italian government released 20 million euros in emergency funds right after the disaster, and on Tuesday earmarked another 60 million in next year’s budget under a special law for Venice established after a record flood in 1966 revealed the urgent and unique requirements to maintain a city built among some 120 islands.

Those funds in recent years have mostly been diverted to underwater sea barriers dubbed Moses, designed to protect the city from exceptional flooding but which won’t be operational before the end of 2021. Critics say the diversion of funds has been at the expense of regular maintenance of the historic city and lagoon.

Brugnaro said priority will be given to residents whose homes are most vulnerable to flooding, and to people who live in Venice, not who rent out properties to tourists. The mayor acknowledged the competition in resources between protecting residents and safeguarding the city’s treasures.

“’ We have a duty to resolve things,’’ Brugnaro said. ‘’We resolved the gardens, we will resolve also the Moses, and then the next thing to resolve it the problem of the cruise ships’’ that pass through St. Mark’s basin, posing environmental dangers and, as demonstrated by a cruise ship accident this summer, safety hazards.

A detailed survey is still underway to determine the extent of damage to Venice’s historic treasures, Franceschini said. St. Mark’s Basilica, the most significant of some 40 churches that sustained damage, alone is estimated to have sustained 5 million euros in damage.

The Royal Gardens themselves were not flooded, incredibly, given their location between St. Mark’s Square, the city’s lowest point, and the mouth of the Grand Canal. Napoleon himself ordered the gardens be built high to protect them from flooding, according to Paolo Perrone, who designed the new gardens to be sustainable, and with plants, trees and bushes requiring little water and providing ample shade.

Located just off the St. Mark’s Vaporetto stop, it will provide Venetians and visitors alike a place of peaceful respite, with shaded benches and direct access to St. Mark’s Square over a draw bridge that had long been disused. Franceschini said the project was exemplary and called on Italian entrepreneurs to consider donating to protect Italy’s heritage as part of their business model, noting that the 65 per cent tax break is the highest offered in Europe.

“I would like to arrive at a point in which the social standing and image of a company is also measured by how much they have given back to the protection of the historic treasures of this nation,’’ he said.