The first Los Angeles landmark to be designated a World Heritage Site. 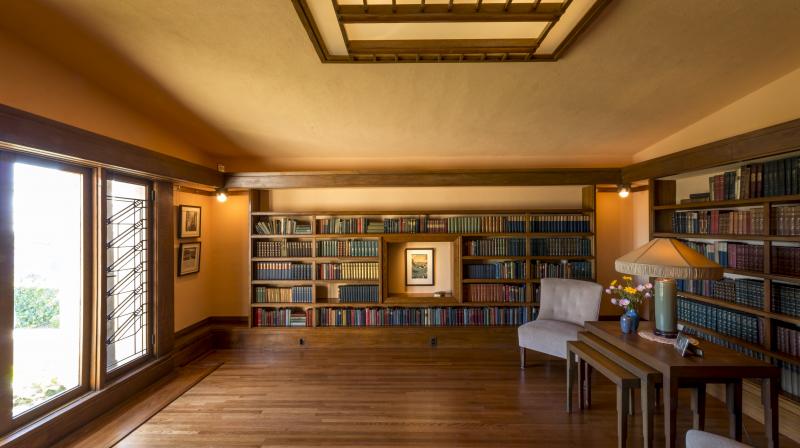 Oil heiress Aline Barnsdall commissioned the house as the centrepiece of a cultural arts complex on Olive Hill, which was to include a major theatre, cinema, artist residencies, and commercial shops. For Hollyhock House, her personal residence, Barnsdall asked Wright to incorporate her favourite flower, the hollyhock, into the design. In 1927, Barnsdall donated the house and the surrounding 12 acres (now Barnsdall Park) to the City of Los Angeles. Today, Hollyhock House is owned and operated by the Department of Cultural Affairs (DCA).

The United Nations Educational, Scientific and Cultural Organization (UNESCO) has one of the world’s most popular cultural heritage programs, and it has honoured numerous other famous sites like the Statue of Liberty, the Great Wall of China, and the city of Venice, Italy by designating them World Heritage Sites. World Heritage Sites are landmarks or areas having cultural, historical, scientific or another form of significance, and are legally protected by international treaties. The sites are judged important to the collective interests of humanity.

In addition to the UNESCO recognition, Hollyhock House was designated Los Angeles Historic-Cultural Monument #12 in 1963, added to the National Register of Historic Places in 1971, and designated a National Historic Landmark in 2007.

This historic home, completely restored in 2015, in Los Feliz will continue its preservation efforts with regular tours and wine tastings every Friday night throughout the summer.