The cowboys out at sea

When you’re kayaking 3,000 km of India’s coastline alone, you take whatever conversation you get. 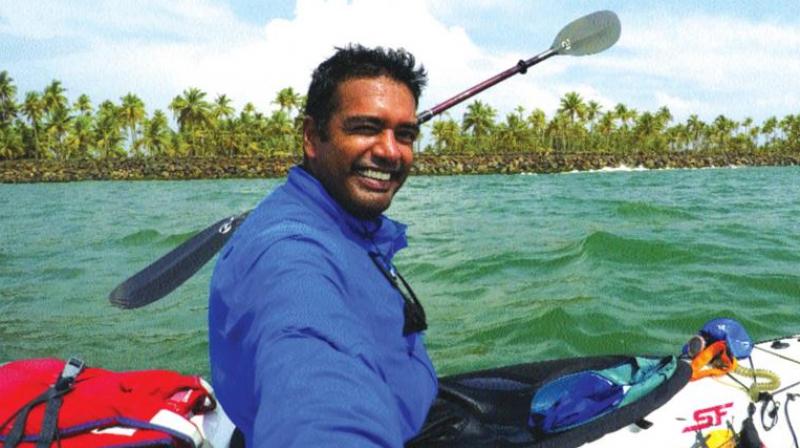 I  pride myself in being friendly on the water, always stopping to have a chat with the fishermen. When you’re kayaking 3,000 km of India’s coastline alone, you take whatever conversation you get.

So when I passed Shiriya and entered the penultimate state of my six-state tour — Kerala — I thought it was curious that fishermen were flagging me down. I slowed down so that the two of them could catch up. They drifted close, and I said ‘Hi’. I got nothing. Passive faces, as the first guy asked me where was from. I answered him well enough, while at the back I saw the guy at the engine coiling rope. I turned just in time as he flung a lasso right at me. I was stunned but I put the brakes on, and the lasso overshot whatever he was aiming at. I back paddled quicker than he could turn his boat around and asked him what in the world he thought he was doing. The first chap started telling me, in broken Hindi, how I should speak to the police. I offered that I was happy to. He started bringing his boat around, coiling the rope again.

If he thought he was going to drag me behind him, he had got another thing coming. I made it very clear that I was happy to talk to whoever he liked. And even followed him to the shore, but I didn’t let him lasso my kayak again. I was not sure whether he got the gist, but he thrusted a phone at me and said ‘police’. I went on to have a broken conversation about who I was and where was coming from. I told him I would come and meet him and he took my number down for good measure.I returned the phone to the first fisherman. His captain was smoking a bidi. He took a drag and then offered it to me as a truce. I’m a ruffled bird, but I politely refused. And just like that, we parted ways. I was amused at how I found cowboys out at sea!

This was the first time someone tried to take me to the police tied up. The story ended well with a trip to the policeman that evening, getting a photo taken together and that photo making it to the local newspapers. Welcome to Kerala, God’s own country. It’s day 60, 23 days to go.