This year, the TriNation Escape was flagged off from Lucknow on November 15 and reached Siliguri on November 25. 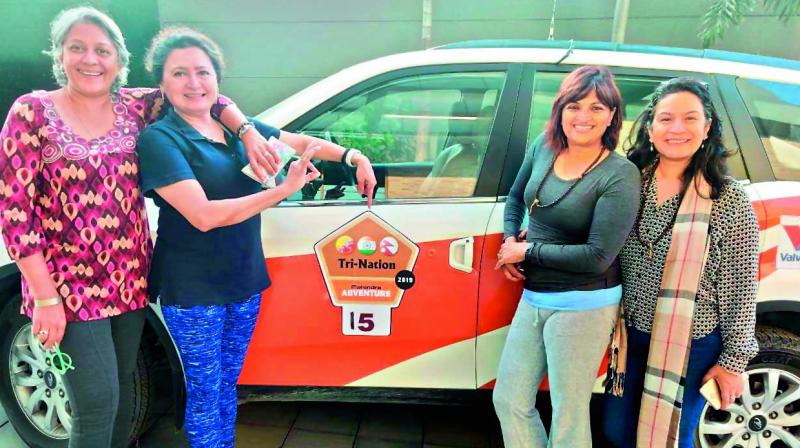 Even as technology’s helping cut down distances, the TriNation Escape, a 10-day road trip across India, Nepal and Bhutan, which first began in 2011, is rekindling the love for making the kilometres count among adventurists and travel bugs.

This year, the TriNation Escape was flagged off from Lucknow on November 15 and reached Siliguri on  November 25. A convoy of 30 Mahindra SUVs travelled to Nepal and Bhutan and back to India. Among them was an all-women team of four from the city. Harnessing their adventurous side, the team members — comprising friends Moushumi Gupta, Anita Prabhakar, Dr Savita Date and Nisha Bilgrami — were the only other all-women team through the expedition.

Dr Savita Date, a clinical psychologist, spoke about how the team came together for the 3,000-km journey. “I’d been part of the last TriNation Escape some years ago and eagerly awaited its next edition. When I heard the TriNation Escape was happening in November, I knew I’d have to be a part of it. It didn’t take much time getting my friends on board,” recounts Dr Date. 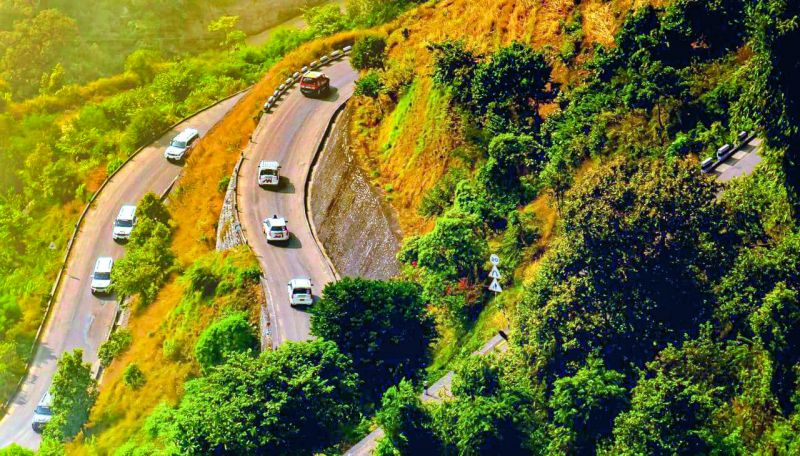 It was the first time that the four were on a road trip like this. They flew to Lucknow from where they began the drive, covering around 300 km daily, with all the necessary breaks included. But travelling in a single-line convoy on mountainous roads is challenging. Add to it issues of night-driving through fog and low visibility. The Hyderabad quartet drove, taking turns the entire time.

For Nisha Bilgrami, businesswoman, however, the experience was much bigger than the challenges. “Though the drive wasn’t too hectic, it took us and the others to adjust to the rules of travelling in a limited-speed convoy,” she said.

Anita Prabhakar, anthroposophic psychotherapist and social gerontologist, braved the pain that came with sitting through the trip as a result of a recent spinal injury and operation. But for her, the trip was a cherished memory.

Then recalling the drastically changing surroundings through the drive, Anita shares, “When we reached Bhaktapur Durbar Square in Nepal, it was unlike the country’s quaint valleys we were used to seeing; it was as congested as any Indian street.”

She then spoke of how, when the convoy headed towards the Bhutanese border past the town of Phuentsholling, the cultural change perceptible. “On one side was the hustle and bustle of an Indian town; a few hundred meters away was the serenity of a slow-paced life,” she adds.

A time for friends

For Moushumi Gupta, a certified leadership coach and facilitator, the TriNation Escape was more than a road trip. “It was more about my pushing boundaries and getting out of my comfort zone. Bonding with my girl gang was another attraction. We’re four extremely independent women with distinct personalities who’re seriously career-oriented. We spent almost nine months planning this trip, juggling several calendars. But it’s helped us forge deeper bonds and further strengthen our friendship,” says Moushumi, adding they’ve taken back absolutely life-changing experiences.

But it was not only the ride that influenced the four but also those they travelled with. “Initially most people in the convoy kept to themselves, we went up to others and broke the ice,” says Dr Date, remembering how for the next few days though other women members kept on asking if the four were spinsters and how their husbands “allowed” them on the trip!” adds a laughing Dr Date in conclusion.