Life   Travel  21 Oct 2019  Thailand is getting popular as a tourist destination among Indians
Life, Travel

Thailand is getting popular as a tourist destination among Indians 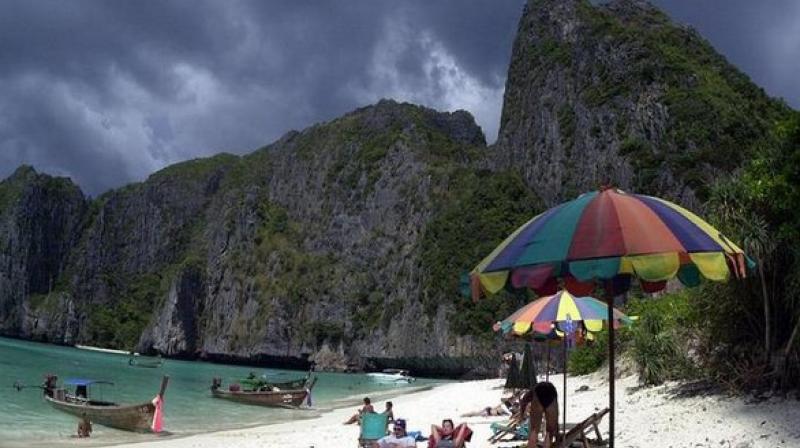 Thailand is one of the favourite international tourist destinations for Indians and getting even more popular. (Photo: ANI)

Bangkok: This month, the Tourism Authority of Thailand (TAT) and Bangkok Airways jointly launched a new 'Fly me to Thailand' promotion, offering privileges, gift cards, discounts and many more special deals for travellers from Cambodia, Lao PDR, Myanmar and Vietnam (CLMV) as well as Malaysia, Singapore and India.

Klissada Ratanapruk, TAT Executive Director, ASEAN South Asia and South Pacific Region said, "Thailand is entering this year's high season from October onwards, so it is an opportune time to offer special privileges for tourists from our neighbouring ASEAN countries as well as from our long-standing, short-haul friend, India. The special offers from operators of tourism products and services across the country will also help enhance the awareness of the amazing variety of Thai travel experiences."

Under the 'Fly me to Thailand' promotion, every group booking of three travellers from the CLMV, Malaysia, Singapore and India on Bangkok Airways can get a gift card valued at 800 baht (1,800 rupees or USD 26) from Central Group, Thailand's largest retailer. Travellers can also get discounts, special deals and privileges at 63 tourism establishments including hotels, resorts, spas, amusement parks, adventure parks, water parks, museums, restaurants and aesthetic clinics.

Thailand is one of the favourite international tourist destinations for Indians and getting even more popular. The main attractions are the stunning and pristine beaches, dazzlingly nightlife, great food, direct flight connections with numerous Indian cities and most importantly its good value-for-money. Accommodation is also relatively inexpensive, and Thais are famously hospitable hosts earning Thailandthe nickname "Land of Smiles".

TAT expects 2 million Indian tourists to visit the country this year after strong year-on-year growth of 24.5 per cent to 1.14 million arrivals in the first seven months of the year. Arrivals from last year totalled 1.56 million, up 13 per cent from 2017. Indians also spend 11 per cent more per trip than other foreign tourists according to the Thailand Tourism and Sports Ministry.

According to Thai tourism statistics, Indian tourists spent almost 70 billion baht (USD 2.2 billion) last year compared to just 37 billion baht in 2014. They have already spent 46 billion baht in the first seven months of this year and on target to reach 79 billion baht, 13 per cent higher compared with last year. 58 per cent of Indians are repeat visitors and the average length of stay is 7.5 days.

Indians are ranked sixth among nationalities visiting Thailand with over 1.6 million visitors in 2018. This is just behind Japan and ahead of Russia. This is a significant increase from 11th place and 500,000 visitors ten years ago. Most Indian visitors to Thailand travel independently instead of joining tour groups.

Indian leisure travellers generally go shopping and sightseeing in Bangkok and Pattaya with an increasing number also heading to Phuket, Chiang Mai, Ko Samui, Chiang Rai, Krabi, Ayutthaya and Ko Chang (Trat). Recently, it has been observed that there has been a notable increase of visitors from India who are there to shoot movies, attend MICE events and to hold their weddings and honeymoons.

The Bangkok Post quoted V Vishwanath, a tour agent in Delhi who runs the Letsclickandgo.com website as saying, "Air tickets are selling like carrots and radishes. You can do a round trip to Bangkok for less than 14,000 rupees." Vishwanath also points to the appeal for Indian travellers of free visas on arrival, cheaper hotels and good nightlife. He added that Bali may be a similarly attractive destination but there are no direct flights there from India. Other than cheap airfares and beautiful scenery, Thailand is attractive to Indian tourists because of cheap hotels, good shopping venues and easy availability of vegetarian food.