People here still harvest crops according to the season and ancient folk traditions. 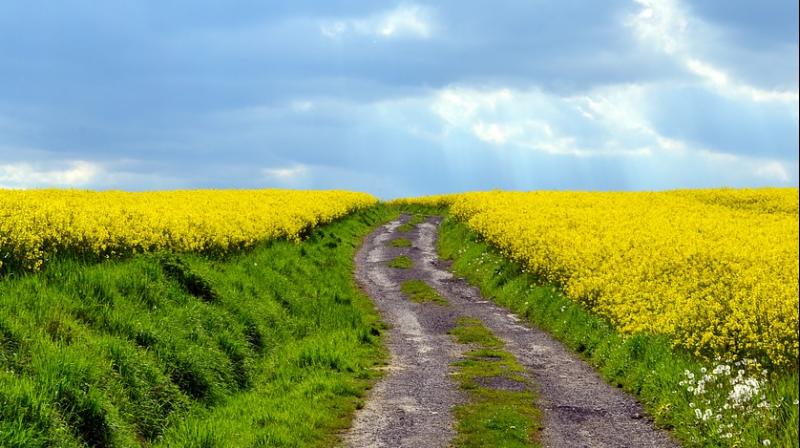 KHRAPKOVO, Belarus: Just a few hours drive from the Belarussian capital of Minsk, many villagers still live off the land - planting, harvesting and pickling crops according to the season and ancient folk traditions.

Nearly 80 percent of the former Soviet nation’s 9.5 million citizens live in towns and cities, but for the remainder, being close to nature can outweigh the hardships of country life.

“We’re far from civilization - and that’s a good thing. I feel comfortable here,” said 41-year-old Vladimir Krivenchik, who is raising a young family in his native village of Khrapkovo, close to Belarus’s southern border with Ukraine. “We survive thanks to this scrap of land,” Krivenchik said. “You go to Minsk for half a day and your head starts to hurt and you want to go home.”

Krivenchik supplements his income as a watchman at a granary by raising pigs for slaughter and hunting. Most villagers also grow crops close to their one-story homes - on vegetable patches and fields that are often ploughed by horse and sown laboriously by hand.

For 75-year old Ekaterina Panchenya, the biggest change in daily life is that young people have become more lazy. “In the past, children didn’t go out partying. They worked in the field or carried sheaves to the threshing mill,” she said.

But it was “cars, noise and dirt” and the sight of city-dwellers standing in line to buy groceries that dissuaded Panchenya from leaving her smallholding in the village of Pogost. “I do everything myself: feed the animals in the barn, the chickens in the yard, and I pickle and preserve all the vegetables. The river is nearby, the forest, mushrooms and berries in the summer. No, I’ll never in my life move to town,” she said.

Panchenya is also skilled in local folk traditions such as floral embroidery, a cappella choral singing and ancient pagan ceremonies, which survived the ideological white-washing of the Soviet era. These include a May-time ritual in honor of the pagan god Yurya, when villagers don national dress and make offerings out of colorful ribbons and paper in the hope of plentiful harvests in the future. “I give all my strength to preserve these ceremonies and songs that make everyone cry, to give them to the young,” Panchenya said.