The festival is a major boost to the local economy. 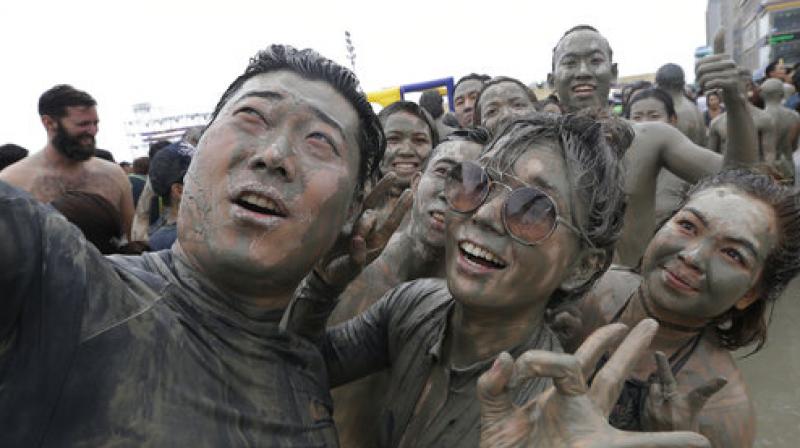 Revellers danced and wrestled on Friday in South Korea's capital of mud, kicking off a nine-day festival expected to lure millions of people to this quaint coastal city.

Boryeong, which is hosting the 20th annual Mud Festival about 190 km southwest of the capital, Seoul, says its mud has special powers to refresh the skin and soothe the soul.

Besides pitching skincare products made from nearby mudflats, the festival also gives visitors the chance to play in tonnes of the greyish goo at mud wrestling pits, mud slides and mud baths.

"I'm having a great time right now. I love it," said Joshua Parrish, an American soldier based in South Korea.

The festival is a major boost to the local economy. Organizers said four million people, including 439,000 foreigners, flocked to the city last year. This year's event runs to July 30.