Unfortunately, another traveller, Tanmay Sharma, was not as lucky as Rittam’s solo-traveller friend. 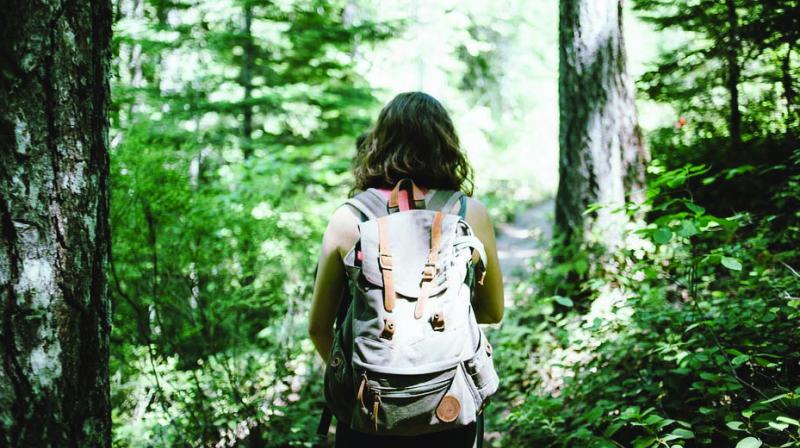 A file picture used for representational purposes only

Whenever a chance shows up to break away from the monotony of the daily grind, most of us draw out our travelling charts, book our tickets, pack a happy little bag and escape to a new (possibly unhackneyed) destination.

However, the risks involved in planned, let alone unplanned, travels curated and organised by professional traveling companies are many. To begin with, our safety is our and none else’s concern. It’s the first thing we ‘sign off’ on tour operators’ forms — an indemnity bond of sorts, agreeing to be responsible party in case of mishaps during the trip, no matter because of what.

Travelling may seem like a fun-filled window of merry moments. But travel does not necessarily only denote happy, cheerful, content and jolly experiences. From being conned and traveling with unsafe travel partners to meeting with an accident and falling sick, one never knows what awaits the traveller at the next turn of his/her journey.

Rittam Majumder, a management professional, insists that while some of these risk factors can be avoided, others can be prepared for. For starters, he advises that when travelling to unknown places, it won’t hurt to go the extra mile and do a thorough research.

For instance, Rittam maintains a diary full of emergency contacts from different parts of the country. Even as we wonder about his odd collection, he explains, “One of my college friends had fallen sick during his solo travel to Ooty. In such conditions, especially when one is not with family or friends, panicking and taking wrong decision is natural. He was lucky, however, that the room-service staff was friendly and helped him out.”

Unfortunately, another traveller, Tanmay Sharma, was not as lucky as Rittam’s solo-traveller friend.

Tanmay, an avid traveller and the owner of YouTube channels “Veggie Paaji” and “Travelling Paaji”, which garners over five lakh followers, was once travelling to Ludhiana in Punjab. His travel horrors began unfolding when he began checking into his room.

“I had booked the room online but upon reaching the hotel, I was charged extra unnecessarily. The staff began giving lame excuses that the room allotted to me by the online partner was not included in their contract with the booking service,” recounts Tanmay. But because he was too exhausted to fight, he agreed to their unjust demand, Tanmay tells us.

To his disbelief, however, his distress had just begun. After freshening up, he left the hotel to explore the town. As he was trying to return late that night, he realised that the hotel was in an odd location of the city, with drivers refusing him the ride.

“I managed to reach the hotel with a local’s help. It was already late, and I badly needed some rest. But the entrance to the hotel was locked, there was no security staff at the gate and the phone number of the hotel was unreachable. But the horror of that trip taught me to book only hotels that have good reviews on multiple booking apps as well as on Google,” adds Tanmay.

As a last piece of advice, the YouTuber goes on assert how irrespective of the travel purpose, one must keep an eye on everything one travels with lest he/she becomes an unwitting target for con artists. “Keep your camera, laptop and other valuables in the bag-pack you carry around and not in their respective bags and definitely not lying around in the room,” he cautions.

Mohit Poddar, co-founder of Shoes on Loose, has some advice regarding health, beginning with insuring it. “It’s important to remember that when it comes to health, insurance covers most of it. But not many pay attention to the benefits they can bring,” shares Poddar.

For instance, insurance proves to be a boon especially while on international trips. Sadly, however, for most, travel insurance serves as a criterion, not a necessity. Even if there are no issues around the visa availability, a huge percentage of travellers prefer to skip the routine of getting travel insurance.

Usually, the lack of awareness and a “what-could-wrong” attitude accentuates, sometimes fatally, unfortunate and adverse situations that even seasoned travellers have faced because they’ve ignored experts’ advices regarding the destination or the dangers there.

Then begins the blame-game, with people pointing fingers at either the travel company or the insurance company for not covering various aspects of health and activities, which the traveller hadn’t researched about or understood before getting on the trip.

So, while it’s imperative to make up one’s mind about where to travel, it is just as, if not more, important to tick all the to-do boxes on the checklist. Because to make a pleasant memorable trip, precaution serves better than regret.