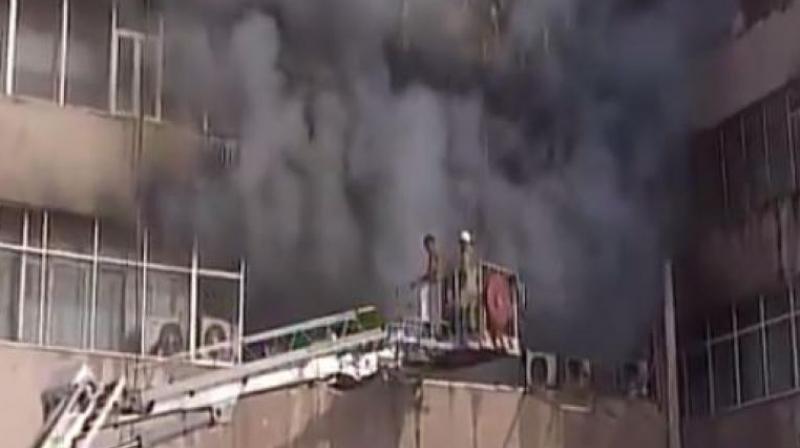 New Delhi: A fire broke out on Monday at Shastri Bhavan in Central Delhi after a short circuit in an air conditioner, the police said. The fire, which broke out on the seventh floor, was doused within a few minutes and five fire tenders were rushed to the spot.

The incidents comes just days after a major fire had broken out in Lok Nayak Bhavan, which houses several government offices such as the Enforcement Directorate, the National Commission for Schedules Castes among others.