Complain that assurances given by government were not fulfilled. 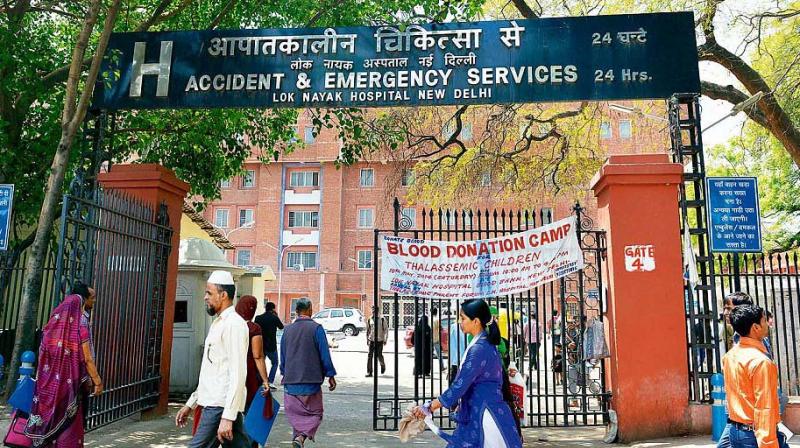 New Delhi : Doctors in the Delhi government-run hospitals  have alleged a bias by government as far as their promotions were concerned.

A group of doctors met Delhi health secretary on Thursday to start the process of promotions, which were pending since the past few years.

Dr Joginder Kumar Basu, chief medical officer (CMO), Lok Nayak Jai Prakash (LNJP) Hospital, said that he was promoted on July 30, 2013 along with six other doctors, but those orders were immediately cancelled by the Central Health Services (CHS).

However, later the CHS assured that the Delhi government will consider their case for promotion “at the earliest” possible time.

“Despite this assurance, till date no promotion order has been issued. We, the aggrieved doctors, have written several letters and reminders since 2014, to the government the latest being on Nov. 20,2017. It is unfortunate that we have received no communication so far,” said Dr Basu, alleging that bias against the regularised doctors.

In a letter addressed to the principal secretary, health, Delhi government, the govenment-run hospitals doctors have requested the officials to expedite the process “at the earliest”.