According to the police, the incident happened around five in the Tuesday morning. 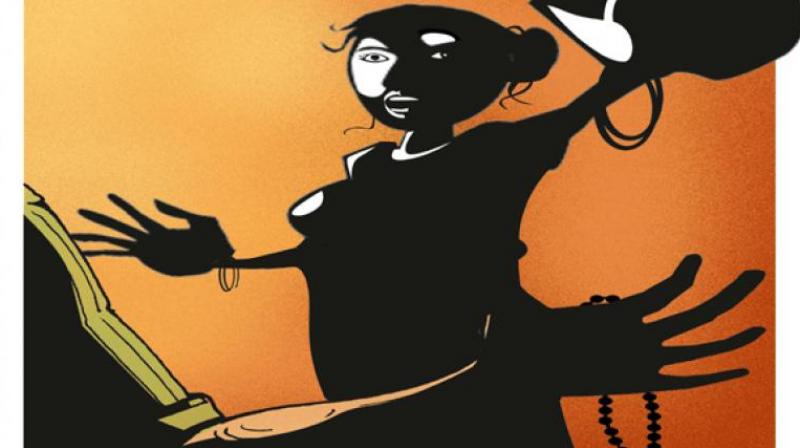 New Delhi: In a shocking incident of snatching, snatchers attacked a woman with blades on her face on early Tuesday morninbg in Dwarka, when she resisted their attempts to rob her earings.

The victim, Renu Aggarwal, who lives in Dabri area went to throw garbage and while she returning home, she was accosted by three youths who tried to snatch away her gold earrings.

When she caught one of them while they were fleeing, they attacked her with blades several times on her face.

According to the police, the incident happened around five in the Tuesday morning. The victim had suffered multiple blade wounds on her face. After the incident, the woman somehow managed to reach home and then contacted the police.

The police rushed the victim to the hospital and has registered a complaint and even started the investigation and going through the CCTV footages of the nearby area, said the police. However, till now there is no clue about the snatchers. The earring snatcher gang is active in Dwarka and are repeatedly attacking women. This is the fifth incident of similar modus operandi in 10 days but police is unable to them track down.