Forwards a dozen issues to Assembly committees for action. 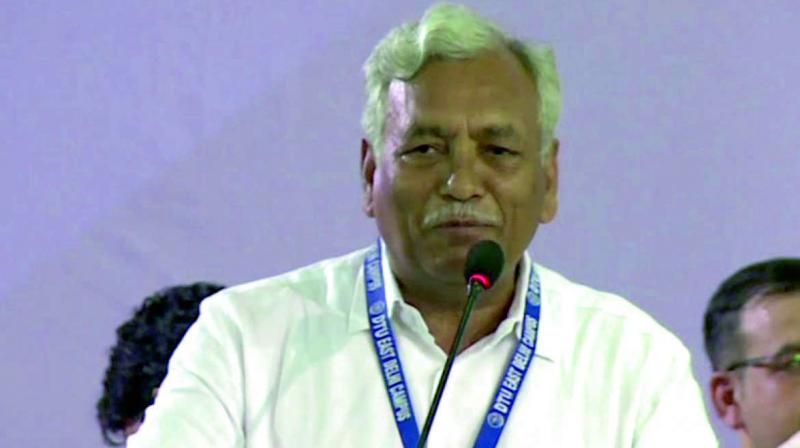 New Delhi: Cracking the whip on bureaucrats for allegedly refusing to answer questions raised by legislators in the Delhi Assembly, Speaker Ram Niwas Goel has sent around a dozen such matters to various House panels for action since the Budget Session began on March 16.

The matters involve officers of different departments of the Delhi government. The Speaker said that the  Assembly committees will submit their reports and the House  will take action based on recommendations of the committees.

The Budget Session began on March 16 and is scheduled to conclude on April 3.

Earlier this month, the Union law ministry, in a communication to the Delhi lieutenant-governor’s  office stated that legally the Speaker cannot admit a question on any “reserved subject” and the departments concerned are refusing answers to questions asked by MLAs in the House on subjects such as land, police, services and law and order among others.

The communication was sent by the Union law ministry through the Union home ministry on March 19. Mr Goel said:  “The L-G and the officers cannot challenge the authority of the Delhi Assembly. Once the committees file their reports, action will be taken against the officers who have either refused to answer questions or have not submitted proper reply.

On March 19, Mr Goel had forwarded a matter pertaining to vigilance department officers refusing to answer a written question by an MLA to the Privilege Committee of the House for probe.

On March 20, he had forwarded four matters to the Question and Reference Committee after the AAP MLAs had complained to him that officers had not submitted proper answers.

However, bureaucrats, including Delhi chief secretary Anshu Prakash and his predecessor M.M. Nutty, have approached the courts against the decisions of the House panels seeking relief.

The Speaker said that on Wednesday, out of the 40 written questions raised by legislators in the House, departments declined to provide answers pertaining to 17 questions, saying they fall under the “reserved subject” category. In protest against the Centre and the L-G, Mr Goel, deputy chief minister Manish Sisodia, Delhi ministers and AAP legislators wore black bands on March 28.

Miffed with the move, the Speaker had said the Centre had insulted the House by issuing directions to bureaucrats not to provide answers to questions asked by MLAs on “reserved subjects”.

Ever since the Aam Aadmi Party (AAP) formed the majority government in Delhi, the Arvind Kejriwal government and bureaucracy have been at loggerheads on a range of issues.