The accused have been arrested under appropriate sections of the Arms Act and are at Daryaganj police station, the police added. 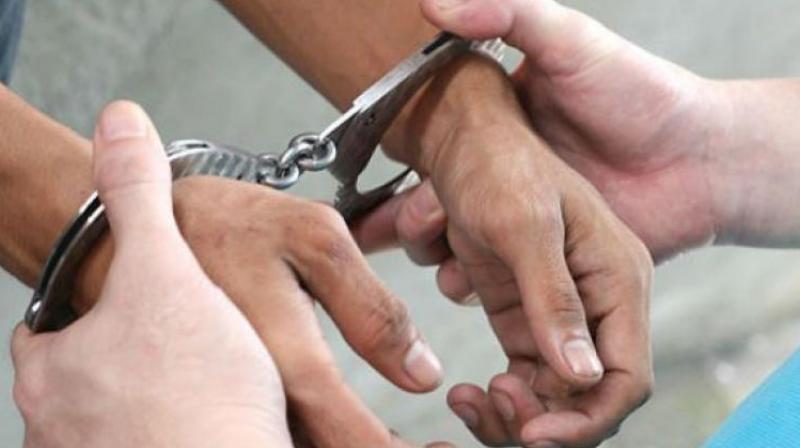 New Delhi: With the arrest of three dreaded robbers, the Delhi police busted a gang involved in a robbery and snatching of mobile phones and valuables.

As per the police, the accused were identified as Shahrukh, 21, Shiv Kumar alias Shibu, 19, and Faizal Ahmed, 20.

Three country-made pistols with four live cartridges, 16 mobile phones and one motorcycle used for commission of crime were recovered from the accused.

On Saturday, the police received a tip off that three robbers armed with weapons will come on a white-coloured Apache Motorcycle towards Daryaganj via Ghata Masjid to sell the robbed mobile phones.

At about 8:30 pm, three persons were seen coming on a motorcycle. At the instance of the secret informer, the police in plain clothes indicated them to stop the motorcycle, but on seeing them, the accused turned the motorcycle and tried to escape.

But the police team in a swift move, apprehended all of them.  On verification, some of the mobile phones were linked with the cases of snatching and theft of different police stations of Delhi.

The accused have been arrested under appropriate sections of the Arms Act and are at Daryaganj  police station, the police added. On sustained interrogation, they said that they used to commit robbery, snatching mobile phones and valuables from the passersby on lonely roads.  or passengers plying in TSRs. They targeted people in east and central Delhi.