Metros   Delhi  02 May 2017  Place all files sent by L-G before me, says Manish Sisodia
Metros, Delhi

Place all files sent by L-G before me, says Manish Sisodia

Sisodia says no verbal or written instructions to be issued by officials of law dept without his consent. 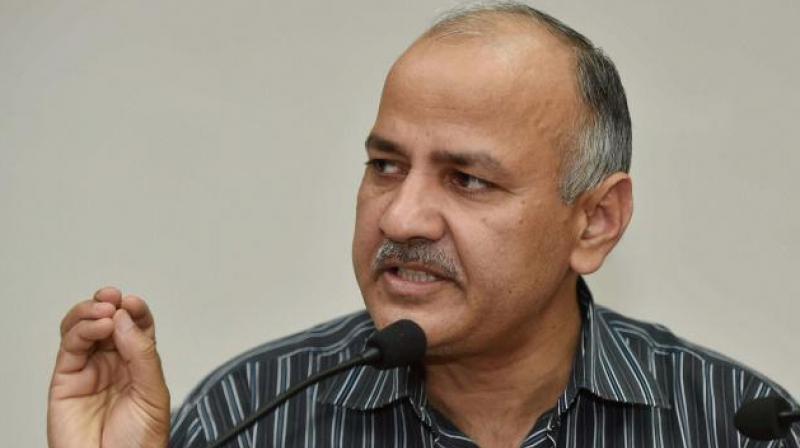 New Delhi: In relation to a turf war, Delhi law minister Manish Sisodia has directed the law department officials to place before him all files and instructions received from the lieutenant-governor’s (LG) office.

Mr Sisodia, who is also the deputy chief minister, said that no verbal or written instructions will be issued by officials of the department without his consent. He told the department that if the matter is urgent, his approval could be sought through email, phone, or WhatsAap.

“No legal advice shall be given by the law department without the approval of the law minister,” the deputy chief minister said.

The AAP government was locked in a bitter turf war over several issues with the L-G office during the tenure of ex-LG Najeeb Jung. But after Anil Baijal took charge last December, there has not been much of an open fight between the AAP dispensation and the L-G office. The deputy chief minister’s order has come days after the heated argument between the Delhi government’s senior standing counsel, Rahul Mehra, and the additional standing counsel, Naushad Ahmed Khan, in the high court with both claiming to be the authorised representatives of the AAP government.

Mr Khan had claimed to represent the services department, which comes under the L-G.

Mr Mehra, appointed by the AAP government, said that he had allocated the matter to another lawyer. “If the department is desirous of engaging a counsel other than the one to whom the matter ordinarily stands marked by the standing counsel, no BTF (brief transmission form) shall be issued by any officer in the law department without the approval of the law minister,” Mr Sisodia said in the order. In August last year, the Delhi high court had stamped the primacy of LG in the administrative issues for Delhi. However, the Delhi government has challenged the order in the Supreme Court.

The AAP government is also in the soup over the Shunglu Committee report, which reviewed 404 files of the Delhi government and pointed out “gross abuse of power.” The report submitted by the Mr Jung-appointment panel was released in the public domain last month.