The AAP said the registration for the EVM test will be online and it will soon come out with other details. 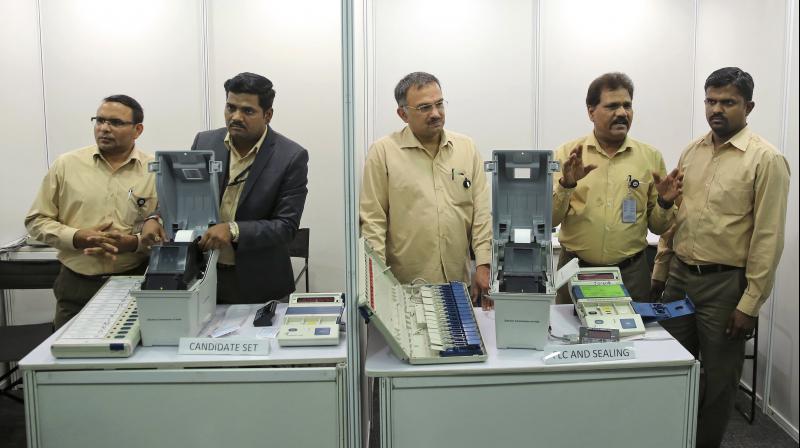 New Delhi: The Aam Aadmi Party (AAP) on Thursday said it will hold a parallel EVM challenge on Saturday alongside the Election Commission’s to prove that the poll panel’s challenge was “pointless”. The AAP had earlier decided not to take part in the commission’s challenge after its request for change in terms and conditions was shot down by the panel.

AAP legislator Saurabh Bharadwaj, who had earlier demonstrated how an electronic voting machine can be hacked using a prototype in the Delhi Assembly, said the party’s challenge will have the same prototype.

“We accept that our machines are tampered. But you’ve to prove that they’re tampered without opening it under four hours,” Mr Bharadwaj said.

“Using bluetooth, mobile phone or other radio frequency devices, the participants will have to prove that the EVMs have been tampered,” Mr Bharadwaj said, contending that it was not possible to prove tampering without opening the EVM and accessing its mother board.

He said the whole idea behind the AAP test was to demonstrate that the Election Commission’s challenge was a “pointless exercise” because of its terms and conditions.

The AAP said the registration for the EVM test will be online and it will soon come out with other details.