Free Wi-Fi: Out of 8 routers, only 2 working in NDLS

This newspaper took a reality check on how far the digital campaign has been successfully implemented on the ground level. 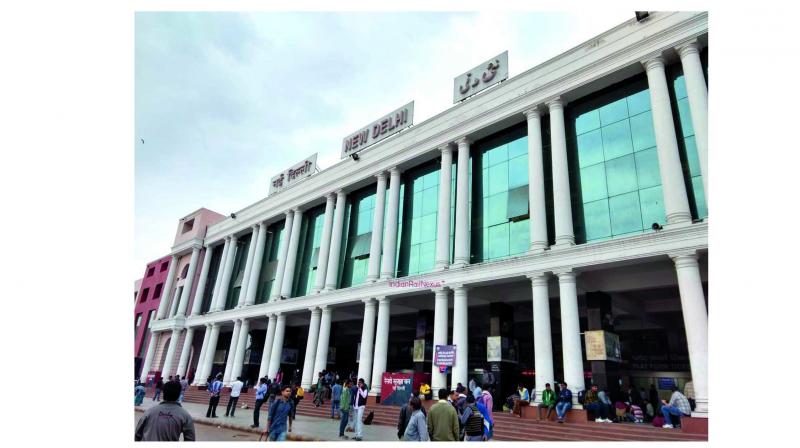 New Delhi: Giving impetus to Prime Minister Narendra Modi’s dream project, Digital India, the Union government has launched the ‘Nilgiri’ project in association with Google, where free Wi-Fi has been enabled for lakhs of internet users across the national capital. This newspaper took a reality check on how far the digital campaign has been successfully implemented on the ground level.

New Delhi Railway Station (NDLS) was the first to get Wi-Fi connectivity in the Northern region of India. The estimated cost of the project was `50 lakh and an amount of `16 lakh was estimated to run this facility. The project has been employed under Google’s optic fibre technology, which provides maximum speed upto 1mbps.

When this correspondent visited the New Delhi Railway Station, over eight routers were found installed at platform no. 16, out of which only two were in working condition. Equipped with 1mbps speed, connectivity remained an issue. Vishal Singh, a traveler to Lucknow, said, “I am aware about the free Wi-Fi facility and decided to use the services. As I have to take a train to Lucknow and it will be a long hour journey, I downloaded a movie. Though connectivity snapped in between, it was a successful download.” The other platform users stated similar issues when they checked the Wi-Fi connectivity. A food vendor at platform no. 16, Ramu Yadav, pointed to the fact that out of the eight routers installed in the platform, only two was in working condition. He said that the Wi-Fi speed was good for the initial 40 minutes only.

During a check done at the Old Delhi railway station, what came as a surprise was that the travellers were unaware about the free Wi-Fi services provided by the government. .

Satish Kumar, a worker at the Anand Vihar railway station, said that often there were connectivity issues with the Wi-Fi. A railway official said if corrective measures are not taken on time, the government’s tall claim relating the ambitious project, which would help 10 million Indians to access free internet across railway stations, would remain a distant dream.