Alfred Hitchcock’s classic 39 Steps to get a desi twist

“They speak of hope and courage and uplift the human spirit. Each play is different in form and content. Each story is unique.” 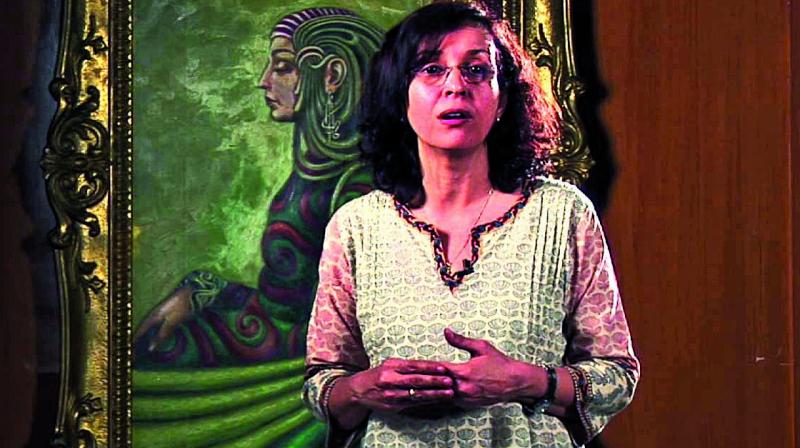 The mafia-comedy, that will open the Delhi leg of Aadyam, a theatre initiative by Aditya Birla Group, will be staged at Kamani Auditorium here on August 4 and 5.

Directed by Atul Kumar, the play revolves around Shekhar Kumar whose life is a heady whirlwind of romance, murder, deceit and suspense, organisers said in a statement.

While the backdrop of the black and white era Bombay promises a throwback to smoky gangster movies, the swing and jazz tunes of a live band hope to transport the audience to the adventure, mystery and chaos of a bygone era.

For Kumar, it was the “love of graphic novels, gangster films, Noir genre, Bollywood of black and white era and, of course, a major influence of Hitchcock and Chaplin” that inspired him to conceive the project.

“To imagine a theatre performance that could bring all of these worlds together was a dream come true. Imagine the protagonist weaving his escapades through the streets of Mumbai of yesteryears and romancing beautiful women and with their help, solving the mysteries of the secret gangs, spies and espionage,” he said.

The 4th season of Aadyam opened in Mumbai on June 30. Detective Nau-Do-Gyarah is first of the four plays scheduled to be staged this year.

With the theme of Going Alive, Aadyam, in its latest edition, plans to go beyond the “regular congoscenti” theatre crowd and reach out to the younger millennial audience.

“In this increasingly isolating digital world, I believe theatre is the only performing art that brings us together in an exciting and dynamic way. It is not passive. It requires that you partake in the story... That you use your imagination and be moved or entertained or affected by what is unfolding in front of you. And when the play is well told, it can be magical. Because it unfolds in front of you. Because it is alive,” Shernaz Patel, theatre veteran and Aadyam’s new artistic director, said.

With a line-up of plays that tell carefully curated stories, all rooted in India, she said the ongoing season will be a mix bag of humour, adventure, love and music.

“They speak of hope and courage and uplift the human spirit. Each play is different in form and content. Each story is unique.”