According to the prosecution, Sharma was arrested following a tip-off provided to the police by one Mahavir Pradhan. 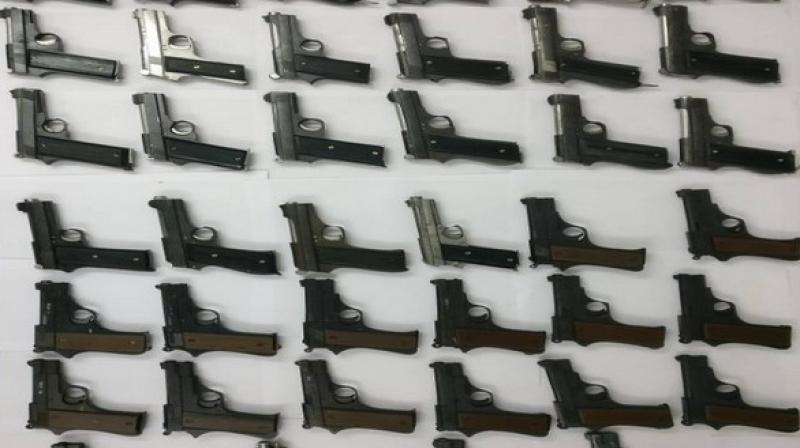 New Delhi: A Delhi court while giving benefit of doubt, has acquitted an alleged illegal arms supplier saying there were discrepancies in the testimonies of the police.

ACMM Rajesh Malik, acquitted Sunil Sharma, of all the charges leveled against him. Deepak Sharma, the counsel of Sunil said that prosecution story had contractions regarding the location of arrest of his client. “The police had claimed to seize seven genuine pistols from his house. There were bought on the basis of forged documents. But the arms dealer, from whose shop the weapons were bought, did not support the prosecution story. The court also found discrepancies and contradictions in the testimonies of the police,” Deepak said.

According to the prosecution, Sharma was arrested following a tip-off provided to the police by one Mahavir Pradhan. The police said that they had recovered a country made revolver along with 25 live cartridges from his possession. Later they raided his house and recovered more arms. A case was lodged against Sharma.

During the trial of the case, Sharma pleaded not guilty and claimed that he was falsely implicated in the case.