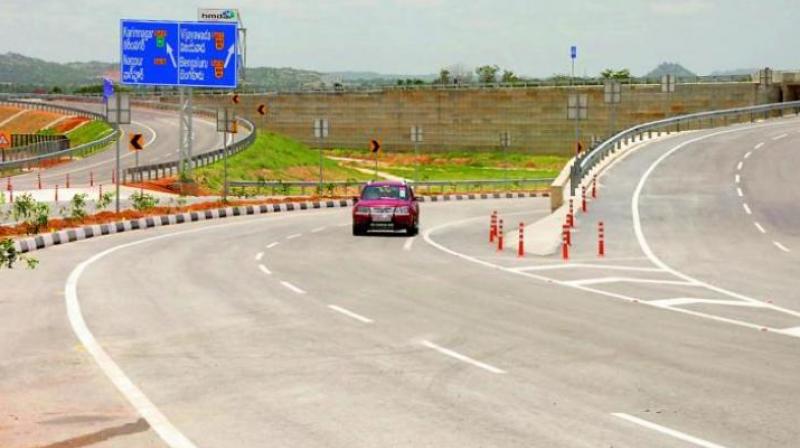 New Delhi: The National Highways Authority of India (NHAI) has agreed to pay Rs 11.12 crore to the AAP government to cut 1,952 full grown trees between Mukarba Chowk and Delhi border in a bid to add four more lanes to the existing eight-lane NH-1 project in the capital and Haryana. The cost to cut each tree will work out to about Rs 57,000.

On the other hand, the Aam Aadmi Party (AAP) government will plant 19,520 saplings on the DDA land. Once these saplings grow up, they would be planted on the 8.1-km stretch along the Right of Way between Mukarba Chowk and the Haryana border.

A senior official said that the government on behalf of the NHAI would plant 19,520 saplings on 19.52-hectare land allotted to it by the DDA at Yamuna Flood Plains (in between Yamuna Bank metro station and Railway Line adjacent to CWG village complex).

He said the land owning agency would auction the timber obtained from felling of 1,952 trees and its proceeds would be deposited as revenue with the government. He said that “the lops and tops obtained on removal of firewood species of trees will be handed over by the NHAI to the MCD officials free of cost for use as firewood in public crematoriums of Delhi. Before shifting of wood, if any, from the site of removal of trees, permission for its transportation will reportedly be obtained from the tree officer”.

The cabinet committee on economic affairs, had approved the proposal for development of the eight-lane road from Mukarba Chowk to Panipat section of the national highway-1 in Delhi and Haryana on April 22 , 2015.

The project cost of NH-1 from Delhi to Panipat in Haryana was estimated to be Rs 2204.51 crore. The project cost includes cost of land acquisition, resettlement and rehabilitation and other pre-construction activities. The total length of the road will be approximately 69.84 km.

The project’s main objective is to improve infrastructure in Delhi and Haryana and to reduce the time and cost of travel, particularly heavy traffic, plying in this sector.

The road is a part of Sher Shah Suri Marg (now NH-1) connecting the states of Jammu and Kashmir, Punjab, Himachal Pradesh, Haryana, Chandi-garh and Western Uttar Pradesh with Delhi.

This road is also important from a strategic point of view as it leads to the country’s borders. This stretch's development will also help in uplifting the socio-economic condition of Delhi and Haryana and increase job potential of local labourers for project activities.