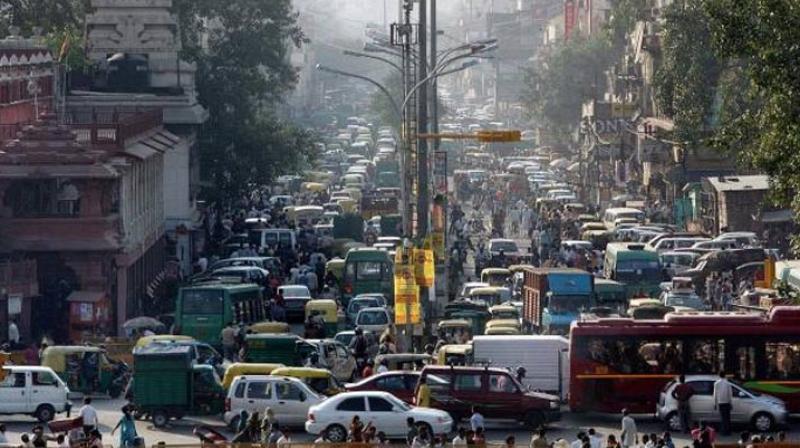 Chandni Chowk is one of the oldest and busiest markets in Old Delhi. It is located close to the historic Red Fort. (Photo: PTI)

New Delhi: The Delhi High Court has warned of serious action against the Municipal Corporation of Delhi (MCD) and the police if they failed to stop encroachments at the Chandni Chowk area in the walled city.

A bench of Justices G S Sistani and Chander Shekhar said that despite the order of the Supreme Court police would be held responsible for encroachments in the Chandni Chowk area, "we find that the orders are not being complied with".

The bench referred to an apex court order declaring Chandni Chowk as a no-vending zone.

While hearing a petition filed by the Chandni Chowk Sarv Vyapar Mandal against encroachments in the area, the bench observed that the apex court order has to be complied with.

"We make it clear that in case MCD and Delhi Police are not able to comply with the order passed by the Supreme Court, then we will be forced to call the senior officers from both the departments to court and initiate appropriate action," the bench said.

The court fixed the matter for October 26. The bench also took into account some photographs of the area submitted by the petitioner, which showed that the place was full of encroachments.

Chandni Chowk is one of the oldest and busiest markets in Old Delhi. It is located close to the historic Red Fort.