No surge in auto, cab fares during Odd-Even drive 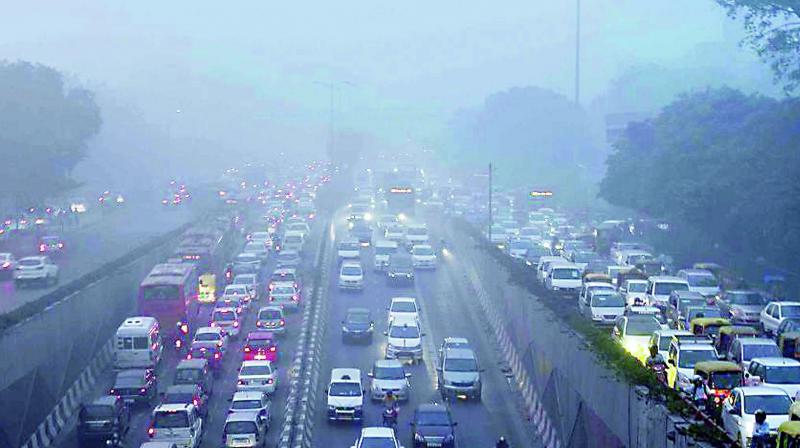 The CM was apprised of several details such as the actions to be taken on violators as well as other preventive measures by the concerned departments.

NEW DELHI: In the wake of the Odd-Even implementation in Delhi from Wednesday, chief minister Arvind Kejriwal held a review meeting with all the concerned agencies on Friday. The CM was apprised of several details such as the actions to be taken on violators as well as other preventive measures by the concerned departments.

Mr Kejriwal was informed that this year, four departments will be authorised to levy challans or fines on the violators. The SDMs and tehsildars from the revenue department, the traffic police, the transport department, and assistant traffic inspector teams will be able to levy fines on the violators. The violations will be booked under the Motor Vehicles Act, compoundable with a fine of `4000, which was `2000 in the earlier two editions of the scheme.

The Delhi transport department has taken several steps this year to ensure safe and convenient travel for the people during the implementation of the Odd-Even scheme. They have issued advisories to companies such as Ola and Uber to not surge prices and to TSRs and e-rickshaws to avoid over-charging. The goverment will also deploy civil defence volunteers on major intersections in Delhi with placards informing people of the Odd-Even rule and urging them to follow it.

The Delhi Metro Rail Corporation will conduct 61 additional trips and a total of 5100 trips through 294 trains and will display electronic messages on the Odd-Even scheme at various Metro stations. To ensure smooth functioning of all the Metro lines and trains, 35 teams will be deployed at all the major Metro stations. Additional manpower will also be deployed to manage the ticketing system due to the increasing inflow of people during the Odd-Even implementation.

The most significant measure, however, has been taken by the Delhi Transport Corporation, in which 2000 additional buses will be engaged for public commuting. The number of buses deployed has been increased by 1500 from the last Odd-Even implementation, where it was 500 buses in 2017. All cluster buses will also be deployed along with the entire fleet of DTC buses.

A special training programme was conducted for TI, ATI and revenue department officials of Delhi Transport Corporation from 30th to 31st October as directed by Delhi transport minister Kailash Gehlot. The challan books, receipts books, and guidelines have been issued to the DTC officials during the training programme.

The training program for the induction of ATIs/TIs of DTC was also held on Friday at the Delhi Secretariat Auditorium from 10:30 AM to 12:00 PM.