As per Mr Tiwari’s verified Twitter handle, he joined the micro-blogging site in August 2015. 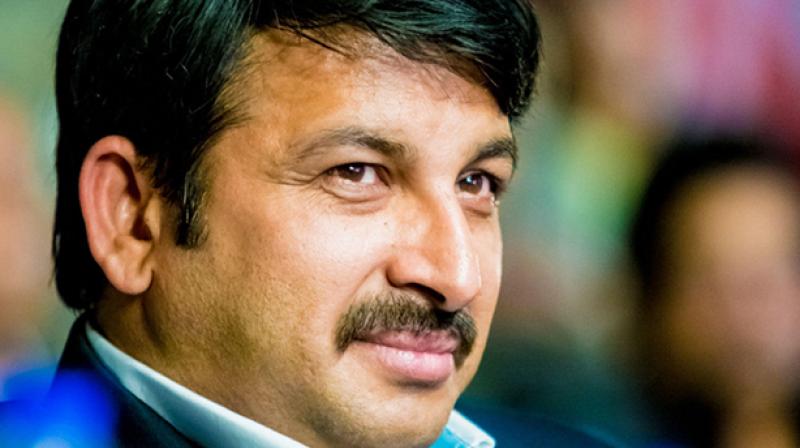 New Delhi: The AAP on Thursday trolled the newly appointed Delhi BJP chief Manoj Tiwari over an “anti-women” tweet, which the latter has denied having posted.

A day after the northeast Delhi MP assumed office, the AAP’s Delhi unit reposted an over two-and-a-half-year-old tweet from an unverified Twitter handle and demanded an apology from the BJP national president Amit Shah for appointing Mr Tiwari as the new Delhi BJP chief. “BJP President @AmitShah must apologise for appointing Manoj Tiwari (who has insulted the women of Delhi in past) as Delhi BJP president,” the AAP said on Twitter.

In an earlier tweet, the AAP retweeted a controversial post from an unverified account of Mr Tiwari. The alleged April 20, 2014 tweet from the BJP leader used a sexist innuendo and cautioned men from Bihar to be wary of Delhi women.

As per Mr Tiwari’s verified Twitter handle, he joined the micro-blogging site in August 2015. He told this newspaper that the rival party is running a malicious campaign against him and said his Twitter account was created after he was elected as the MP from northeast Delhi Lok Sabha constituency. “There are many fake profiles in may name,” he said.

Stoking a row over the alleged tweet by Mr Tiwari, the AAP said: “This tweet reflects the mindset of the new Delhi BJP president towards women of Delhi.”

“We strongly object to the decision of @AmitShah to appoint someone as president of Delhi BJP who has insulted the women of Delhi,” the party said in an another tweet.

The alleged tweet by Mr Tiwari came from the Twitter handle @ManojTiwariBjp, which has over five thousands followers.

Mr Tiwari on Thursday wasted little time in mounting attack on the AAP. Referring to the alleged scam of exchanging old notes by the Delhi Transport Corporation, he said it is the first such “post-demonetisation scam” by any government.

“It is beyond comprehension how so many high-denomination notes can surface at DTC, which sells tickets of Rs 5 and Rs 10.”  He added that the Delhi BJP chief last week had written to L-G Najeeb Jung about the alleged scam.

The Delhi government has ordered a probe into the alleged scam.