During the campaign, BJYM workers will visit each district of the country and explain to the people about benefit of cashless transactions. 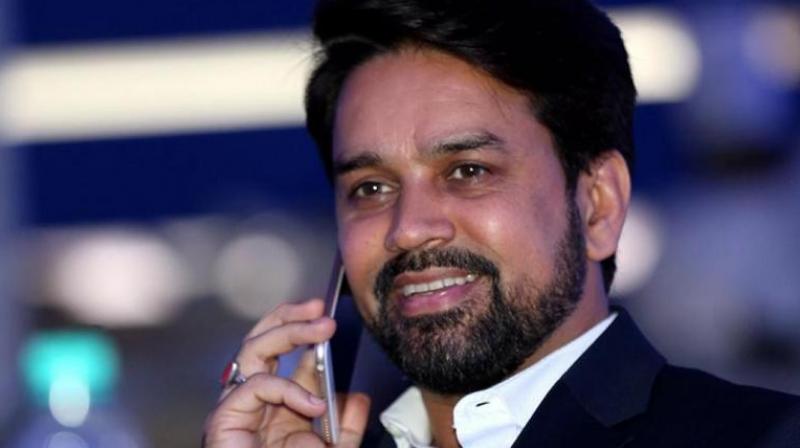 New Delhi: To create widespread awareness about the ways and means of cashless transactions in the wake of demonetisation, the Bharatiya Janta Yuva Morcha (BJYM) workers to educate people about the benefits of cashless society. This initiative of the BJYM, launched on Thursday in the national capital, will be carried out across the country to create widespread awareness.

Launching the campaign — #DigitalPaisa — BJYM national president Anurag Thakur said, “I salute this revolutionary step taken by our Prime Minster Narendra Modi. He has given all of us a chance to take our nation to greatest heights. Modiji has utmost faith in youth of the country and believes that the youth will contribute immensely towards promoting #DigitalPaisa.”

During the campaign, BJYM workers will visit each district of the country and explain to the people about benefit of cashless transactions.

Mr Thakur said, in India, more than one billion people use mobile phones and over 30 crore have smartphones. It is interesting to note that the number of phone users is increasing at an approximate rate of 11 crore per day. Additio-nally, all banks across the country, be it governme-nt-run, cooperative or private banks, all are offering debit card/ credit card to their customers efficiently. Given these statistics, it should not be challenging to move towa-rds cashless transactions.

Accepting the hardship faced by the people after banning of Rs 500 and Rs 1,000 notes, Mr Thakur said that people would have faced and might continue to face problem for another month. However, one must see the farsighted benefits of this initiative in days to come, he added.