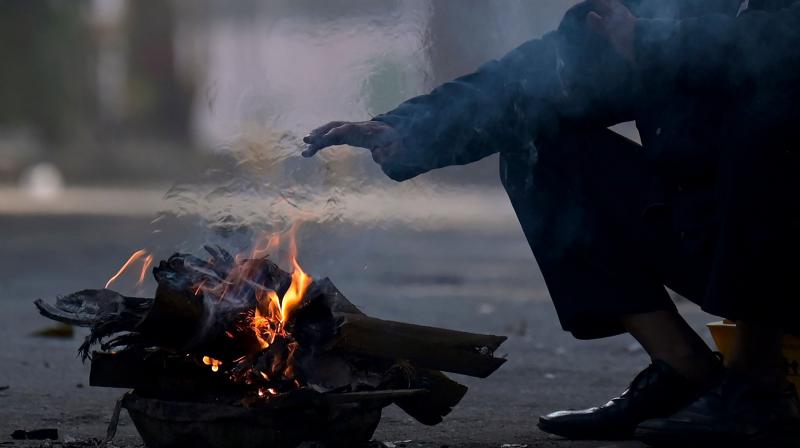 A man warms himself near a fire along an alley in New Delhi. (Photo: AFP)

New Delhi: Delhiites woke up to a chilly Monday morning with the minimum temperature of the city settling at 5.4 degrees Celsius, two notches below the season's average.

The relative humidity was recorded at 95 per cent at 8.30 am.

The air quality of the national capital was "very poor" as the Air Quality Index (AQI) was recorded at 389 in the morning.

The weather office has forecast a partly cloudy sky with the maximum temperature likely to hover around 21 degrees Celsius.