In a 20-minute promotional video for the upcoming MCD elections, Kejriwal has challenged the BJP-Congress. 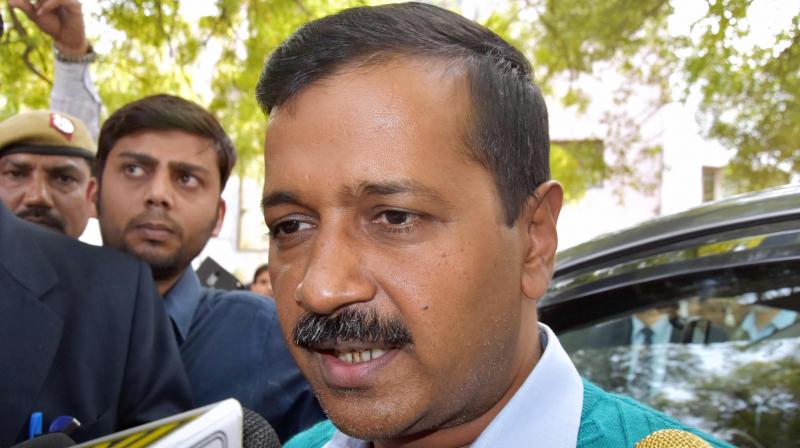 New Delhi: Delhi Chief Minister Arvind Kejriwal has promised "garbage-free" Delhi and "corruption-free" MCD as he sought to compare his government's two years of work with 20 years of BJP-Congress "misrule" in the civic bodies.

In a 20-minute promotional video for the upcoming MCD elections, he has challenged the BJP-Congress to list out at least one "outstanding" work executed by the civic bodies.

He also underlined the work done by his government ranging from giving 20,000 litres of free water, reduction of electricity tariff, revamp of government schools and mohalla clinics.

"A lot of people have this misconception that clearing garbage and ensuring sanitation is the mandate of the Delhi government. The MCDs are responsible to keep the city clean.”

"There is garbage all over. Because of this, it is a shame to call Delhi the national capital," Kejriwal said in the video.

In the video, the AAP national convenor claimed that the Delhi government had given Rs 2,800 crore to MCDs, "yet it has not been able to maintain cleanliness in the city."

"Where has the money gone? It has all been pocketed. Before the MCD polls, the BJP-Congress councillors would commute on cycles and scooters, but they now own expensive cars.”

"There isn't a single work that MCD does without taking bribe. They even take bribe for issuing a death certificate," he charged.

The Chief Minister also alleged that projects like the Rani Jhansi flyover in North MCD have remained incomplete over the last 11 years despite spending crores on it.

"We sincerely do our work and finish a Rs 325 crore-flyover in Rs 200 crores, whereas the MCD was to built a Rs 177 crore-flyover, but it has spent Rs 724 crores and the project still remains incomplete," he added.

The Municipal Corporation of Delhi (MCD) elections are slated for April.