DMRC in Limca records for girders

DMRC had successfully executed the task of erecting 200 U-girders on the Noida-Greater Noida corridor in May 2016. 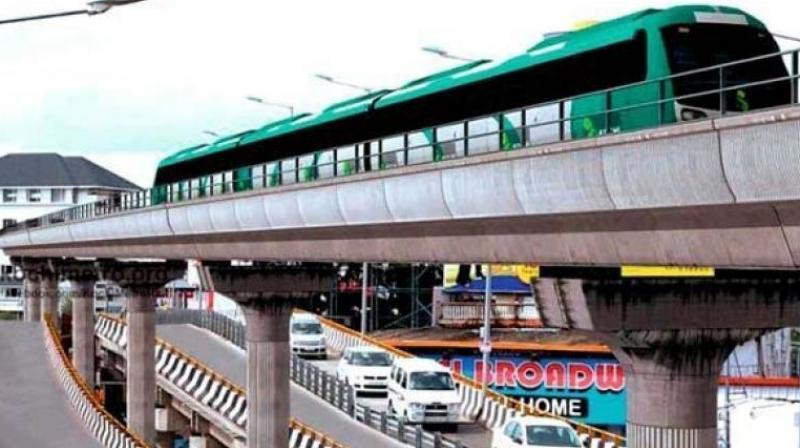 A total of 2002 U-girders have to be erected for the entire corridor. (Representational image)

New Delhi: The Delhi Metro Rail Corporation (DMRC) has entered the prestigious Limca Book of Records for erecting 200 girders in just one month on the Noida–Greater Noida corridor. Dr Mangu Singh, managing director, DMRC was formally handed over the certificate from the Limca Book of Records on Thursday.

DMRC had successfully executed the task of erecting 200 U-girders on the Noida-Greater Noida corridor in May 2016. This is the maximum number of U-girders ever launched in any Metro corridor in India within a month. DMRC used six special trailers to transport the girders and six special cranes of around 350/400 tonnes capacity to launch the 27 metre long and 5.05 metre wide U-girders.

All the U-girders were pre-fabricated at the two casting yards located in Noida Sector 149 and depot station in Greater Noida, and each weighed approximately 153 tonnes. The 200 U-girders converts to approximately 2.7 km of twin Metro elevated viaduct. A total of 2002 U-girders have to be erected for the entire corridor.

The viaduct on the Noida–Greater Noida section is being constructed by specialised technique of pre-cast pier caps and precast U-girders. The main challenge of U-girders is precision in casting as well as launching which requires specialised cranes of 350/400 tonnes capacity to launch these U-girders. Also, the transportation of U-girders from the casting yards to the site was another challenge because of its length and width. Accordingly, specialised trailers were mobilised for transporting these U-girders. The Noida–Greater Noida corridor is an 30 km long completely elevated corridor having 21 stations.

This corridor is on standard gauge and is crossing beneath the Dedicated Railway Freight Corridor. It is also crossing above the Yamuna–Agra Flyover. All stations of this corridor will have platform screen doors, water harvesting facility and solar panels.