Metros   Delhi  03 May 2017  Name party leaders who worked against us during MCD polls: Cong to candidates
Metros, Delhi

Name party leaders who worked against us during MCD polls: Cong to candidates

The disciplinary action committee of the party's Delhi unit will receive complaints from the candidates till May 5. 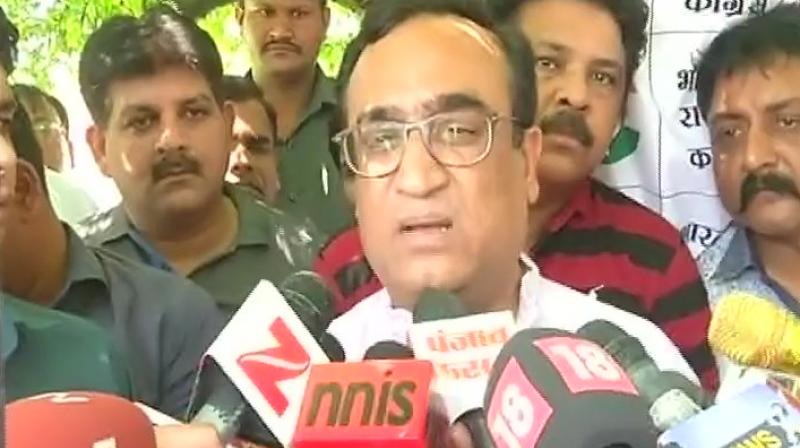 New Delhi: The Delhi Congress has asked its candidates in the recent MCD polls to name the party leaders and workers who indulged in "anti-party" activities resulting in its humiliating defeat.

The disciplinary action committee of the party's Delhi unit will receive complaints from the candidates till May 5 and action will be taken based on its report.

In the election for three municipal corporations last month, the Congress was relegated to the third position as it could win just 30 of the 270 wards.

In his first press conference since the MCD poll defeat, Delhi Congress chief Ajay Maken today said the disciplinary action committee of the party has been "activated" and "indiscipline will not be tolerated at any cost".

Dissenting notes and public statements made against Maken over ticket distribution for MCD polls by some senior leaders including former CM Sheila Dikshit were brought to the notice of party's High Command.

"The party leadership heard both sides and directed me to continue," said Maken, who had resigned the post of Delhi

Congress chief after results were announced on April 26. After party's poor performance, Dikshit had hit out at Maken for "failing" to reach out to the people and not involving senior leaders of the Delhi unit in campaigning.

Maken, despite the poor show of the party in the MCD polls, claimed the results were "encouraging" as the party's voting percentage jumped from 9 per cent in the Assembly polls of 2015 to 22 per cent in the municipal elections.

"Not only this, if you look at the 2014 LS elections' vote percentage in Delhi, Congress managed to increase its share in MCD polls while that of BJP and AAP dipped," he said.

Maken said he had decided to resign after party's defeat in the MCD polls but was asked by party vice president Rahul Gandhi to continue.

"He said that the increase in vote percentage is encouraging and asked me to continue to take the things to logical conclusion and make Congress number one party in Delhi," he said.