‘Stock of fresh fruits and vegetables will last only for a few days’. 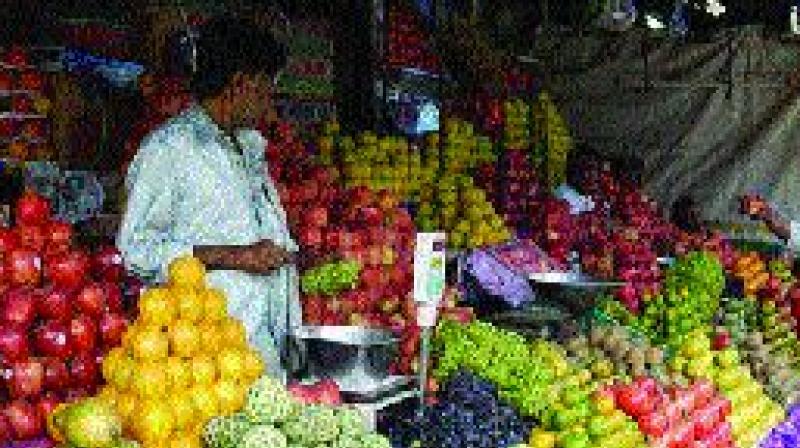 A file picture of the Azadpur fruit and vegetable market

New Delhi: As the ongoing farmers’ strike entered its second day on Saturday, vendors in Delhi-NCR vegetable market said prices have shot up due to countrywide protest by farmers. There are indications that the prices of fruits and vegetables supplied by other states are likely to go up in Delhi if the strike continues for some more days.

More than 100 farmers’ groups are participating in a 10-day nationwide strike, demanding a complete loan waiver in the agriculture sector and the implementation of recommendations made by the MS Swaminathan Committee.

The strike, declared by the All India Kisan Mahasangh, is being staged in Maharashtra, Uttar Pradesh, Madhya Pradesh, and Punjab among other states. The strike is likely to affect the supply of milk, fruits, and vegetables in cities and towns. Sandeep Gidde, the coordinator of the strike, said: “Starting Friday, we have stopped the supply of milk and vegetables to cities. Farmers will station themselves along highways to stop vehicles transporting milk and vegetables.”

A wholesale dealer in Azadpur sabzi mandi said that western UP, Punjab, Haryana, and Himachal Pradesh also supply green vegetables and fruits to the national capital.

“We receive green vegetables from Punjab and Haryana. As far as tomatoes are concerned, these are supplied from Karnataka and Madhya Pradesh in this season,” he said.

North Indian cities, including the national capital, are likely to bear the brunt as they are largely dependent on the supply of vegetables, milk, and other dairy products from the neighbouring states of Haryana, Rajasthan, and even Madhya Pradesh. Delhi receives most of its onion and tomatoes from Maharashtra and MP. Pradesh.