The third suspect, who was running on foot, fired from a pistol. The police team also fired in self defence and one bullet hit him on the right leg. 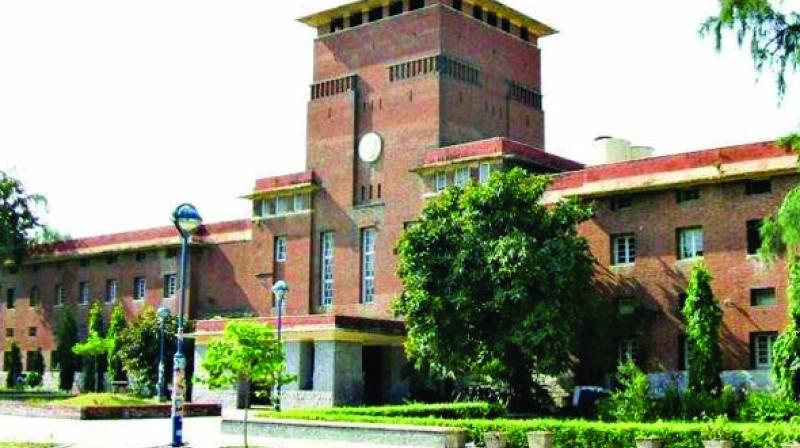 Over 2,700 teaching and non-teaching staff of 12 Delhi University colleges may not get salaries from this month if the AAP government continues to withhold release of funds over non-formation of governing bodies.

New Delhi: Over 2,700 teaching and non-teaching staff of 12 Delhi University colleges may not get salaries from this month if the AAP government continues to withhold release of funds over non-formation of governing bodies.

These 12 colleges, fully funded by the Delhi government, are facing severe financial crunch and finding it difficult to pay salaries and develop infrastructure.

The issue of formation of governing bodies has resulted in an impasse between Delhi University and the city government, with both accusing each other of delaying the process.

A Delhi government official said, “There is no delay from our side. As soon as we get response on the clarification we sought from the colleges, we will proceed.”

Anurag Mishra, a professor at Deen Dayal Upadhyaya College, said: “This year, due to the EWS category being introduced, there will be an increase in the intake of students. However, there is no money for infrastructure development.”

According to an official from Acharya Narendra Dev College, who requested anonymity, “The college has been forced to divert funds from college society fund to salary account. This can only go on for a month or so. The college has not even released the arrears of the 7th Pay Commission to our teachers. The college principal has sent two letters to the Delhi government urging it to release funds, but to no avail.”

“The stopping of grants by any agency—Delhi government or UGC—is detrimental to the overall health of an institution. This is not an acceptable form of tussle between two powerful bodies,” said Manoj Sinha, the principal of Aryabhatta College and secretary of principals’ association of the university.

According to a university official, if a college is fully funded by an institution, it means that its gets 95 to 97 per cent of the funds from it and two to three per cent from student fees. Colleges get Rs 35 to 50 crore in funding depending on the size and staff strength of the college and Rs 2 crore to Rs 4 crore from student fees annually.

Every college is paying Rs 2-4 crore monthly to its teaching and non-teaching staff. If there is fund crunch, they can only pay a month’s salary from the student fees, he said.